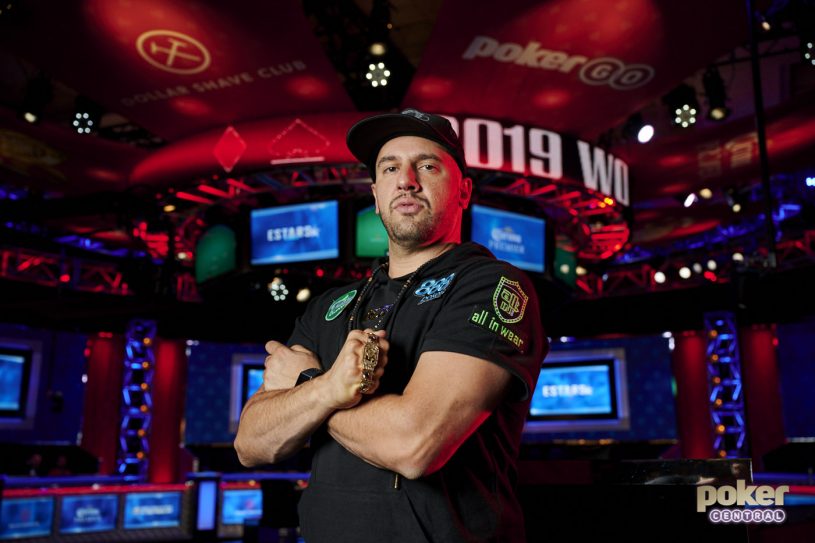 Just two WSOP bracelets were awarded on Day #16 of the World Series, but both of them went to thoroughly deserving winners. While one man was celebrating his first-ever WSOP jewelry, the other  won his fifth bracelet, the most anyone has captured in the past decade.

Michael ‘The Grinder’ Mizrachi’s fifth and latest bracelet came, as might be no surprise, in a mixed game event, arriving after he conquered the Seven Card Stud Hi-Lo 8 or Better field of 460 players last night.

Winning $142,801 would have been merely pleasing to the three-time winner of the Chip Reese Trophy, given to the Poker Players Championship winner once a year at the World Series of Poker. Winning his fifth bracelet was important however, as not only is he the most successful poker player in terms of WSOP bracelets in the last ten years, but he also has family bragging rights again.

Mizrachi took down the latest title after beating Robert Gray heads-up, and was ecstatic as he raised his arms aloft to herald yet another victory in his incredible career. Who’d back against him scooping another one before the end of the 2019 WSOP?

SONG ON A HIGH AFTER SEALING FIRST-EVER BRACELET

Stephen Song took down Event #28, the $1,000 No Limit Hold’em event after he carried his massive chip lead to victory across the final day’s play.

Song, who went into play with almost half of the chips in play with six players remaining, won the first prize of $341,854 and maiden WSOP bracelet after he defeated Scot Masters heads-up, with the latter not lasting long at heads-up, going into it with a deficit. Ryan Laplante had already bowed out in third after coming as close as he could to winning his second WSOP bracelet, but after a long four days of tournament play, 2,479 players had been whittled down to a wonderful winner, and Stephen Song’s dominance of the latter stages pin him as one to watch in the rest of the World Series.