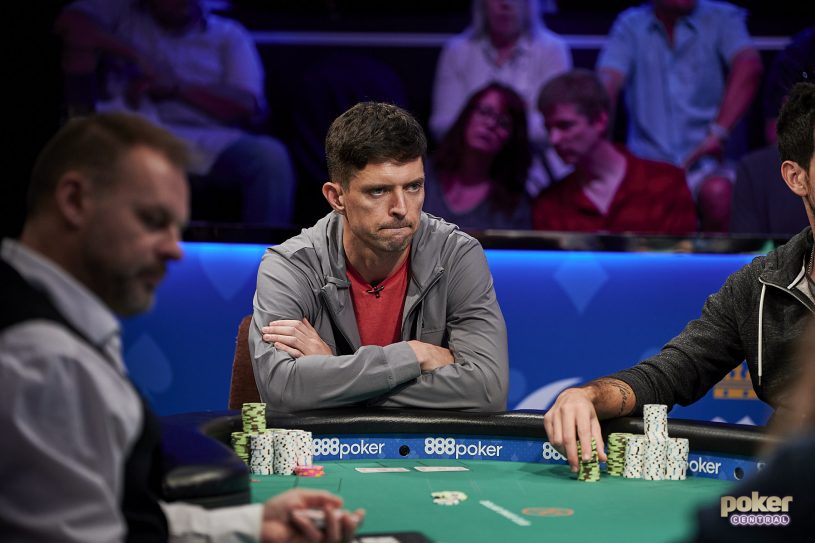 He had 98 problems, but winning wasn’t one. Keith Tilston took on the 99-player field of the $100,000-entry High Roller event knowing that he was taking on the best of the best. After triumphing against one of the toughest final tables of all the 87 events that have begun in this 50th annual World Series of Poker so far, surely Tilston now deserves to be heralded as exactly the same elite level of player.

With every other player in the final six having previously won either a WSOP bracelet or multiple WSOP bracelets, Tilston came into play as one of the outsiders, but it would be Brandon Adams and Dominik Nitsche who would leave the party early, busting in consecutive hands.

Daniel Negreanu chipped up, doubling time and time again, seldom fortunately but once while dominated, to put himself back into contention. Camera bulbs flashed around ‘Kid Poker’ almost constantly, but took detours to capture Igor Kurganov and Nick Schulman.

With four players remaining, Kurganov had a big lead, but Nick Schulman bettered Kurganov in several hands to flip control to the American. Kurganov would bust in fourth, a disappointing end to a great final table for him.  Schulman, so powerful, saw Negreanu double through Kurganov then double through him too, before Tilston build a lead. Schulman departed in third having lost that flip to Negreanu then the rest in the final three-way pot of the evet.

Heads-up, Negreanu managed to get into the lead, 42 million to 17 million, but couldn’t close it out. Tilston teased Negreanu into a shove when the former had turned trip to Negreanu’s top pair, and it was with his holdings in that hand, ace-deuce, that Negreanu would lose the battle. All-in for 12.6 million chips, a way back into the contest in sight, Negreanu just had to hold against Tilston’s queen-jack, but a jack on the river broke his final table heart again and saw Tilston achieve a memorable victory.

For Tilston, a career-best $2,792,406 and the bracelet, for Negreanu, $1.7m and disappointment. Poker is a cruel game, but it created plenty of winners across one of the best final tables of the summer.

Sweden’s Jerry Odeen won his first-ever bracelet when he surged from short-stack to the title after beating Peter Linton heads-up to claim $304,793 and the WSOP bracelet he’d dreamed about winning since he was a boy.

With a big field of 1,250 entries, Odeen’s win came just in time, both figuratively and literally, as he dashed from the final table to catch his flight home, albeit with some very valuable jewelry to check in along the way. Lucas Greenwood would miss out by almost no distance, finishing fourth for a very respectable $98,027.