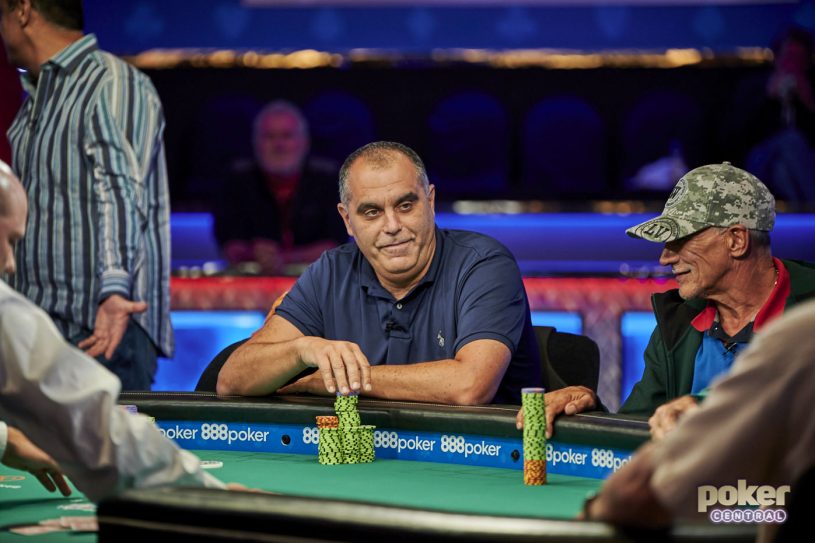 Two bracelets were awarded on Day #19 of the 2019 World Series of Poker. While one was given to a first-time winner who has lived for half a century and had outlasted a field of 5,915 entries, the other was the third bracelet to be won by a young phenomenon.

After an extra Day to finish the event, Howard Mash, who was the overnight chip leader for three days straight, won the $1,000-entry 2019 Seniors No-Limit Hold’em Championship, defeating French player  Jean-René Fontaine after an epic heads-up battle into the early hours of a stifling Vegas morning.

The two players had started the day fourteen hours before it finished as the top two players in the leaderboard and that’s exactly where they finished as Mash got the better of Fontaine after a heads-up game that swung both ways before eventually pointing to Mash as the worthy winner.

For Mash, it was a career-defining first WSOP bracelet and a $662,594 first prize that will surely be the sweetest victory he has ever tasted. For the unfortunate Jean-René Fontaine – a character who had given the fans on the rial so much entertainment over the four tournament days he played – it was a devastating defeat at the last.  Both players battled hard to take the gold, but it was Mash who would eventually take the crown after his pocket queens held against Fontaine’s suited ace-jack and took the title.

You can watch all the action from an exciting final table finish right here.

It would be hard to find a player with more bracelets in recent years than Sri Lankan Upeshka De Silva, who won the latest online event by outlasting a field of 1,224 online players to win his third piece of WSOP jewelry in a little under four years.

From the off, Upeshka ‘gomezhamburg’ De Silva was in the running for the prize, and even as the players reached the final 100, he was top of the leaderboard. When the final table was reached, De Silva went into play fourth in chips, but he soon built on that platform to eliminate yet more players in a Knockout Event that he would define by succeeding in, busting a total of 18 players overall.

De Silva cut a swathe through the field to heads-up, yet at one point, due to the vicissitudes of variance, found himself 2:1 behind. Yet again he battled himself into the lead, doubling with pocket fives when his opponent only needed to catch one of his two overs to win the event. It was at that moment the pendulum swung De Silva’s way, and he claimed the win against David ‘dave419’ Nodes

Earning $98,262 for the win and $100 for each of his 18 bounty eliminations, De Silva claimed his latest cash in a World Series that has already seen him finish third in the $3k NLHE event. Could he be on the march to a WSOP Player of the Year challenge?