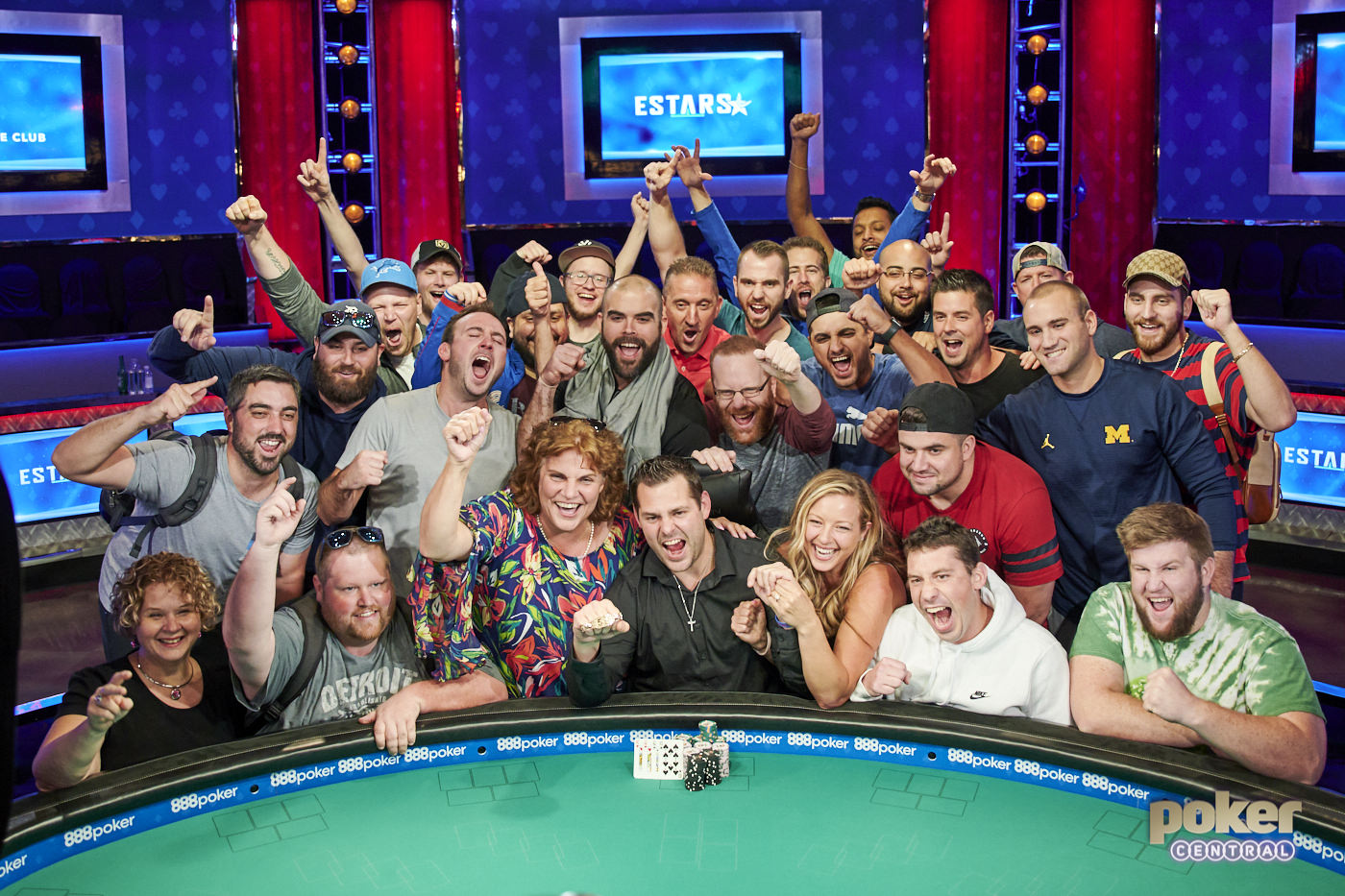 Three men won bracelets on Day #28 of the 50th annual World Series of Poker, all of them first-timers. Let’s start with Dash Dudley’s amazing fulfilment of a lifelong dream.

Dash Dudley finally put paid to a nickname of ‘Min-Cash Dash’ given to him by his friends as he won the $10,000-entry Pot-Limit Omaha Championship on Tuesday night. After just five levels of play took place, it was the eponymous Dudley who cheered with his vast rail of family and friends in the Rio.

The Michigan man came into the final table as chip leader, but it was by no means plain sailing to the point where he would win the tournament. A battle with James Park went all the way heads-up, and that was after a final table featuring WSOP Main Event final table players of the past, Eoghan O’Dea (6th for $169,173) and Jeremy Ausmus (4th for $325,693) failed to grab the bracelet.

For Dudley, that was a thing of beauty and he scooped the $1,086,967 top prize supported by dozens of friends and family, not least his fiancé Racquel at the side of the stage.

You can watch how Dudley did it by clicking here.

With a little bit of encouragement from now-fellow WSOP bracelet winner Ryan Laplante, Kevin Gerhart entered, dominated, then won the $1,500 Razz event for $119,054, beating a final table that included tough players such as Andres Korn, Sergio Braga and Joseph Hoffman.

In a tournament which still entertained Hollywood actress Jennifer Tilly with two tables left, Gerhart proved his Razz chops with a stunning victory, eliminating five players at the final table across a blink-and-you’d-miss-it final couple of hours of poker. With 363 players taking part, only 2019 WSOP bracelet winner Scott Clements posed the same level of aggression as the eventual winner, so when Clements busted in sixth place, the stage was set for Gerhart to find his first WSOP win and earn the much-coveted gold bracelet.

Santiago Soriano won his first-ever WSOP bracelet in the $800-entry Deepstack Event at the Rio last night, defeating former bracelet winner Amir Lehavot heads-up to claim the title. With Ben Underwood bowing out in third after a staggering third final table Deepstack appearance in this year’s World Series of Poker alone, Soriano – who came into the day as chip leader – took out Lehavot in a heads-up shootout to prove a worthy winner of the event.

With a field of 3,759 taking part, Soriano, who came 197th in the 2018 WSOP Main Event, never let his foot off the pedal as he powered to victory, celebrating with his friends at the final card being turned over. With players such as Joao Valli, Samuel Gagnon and Daniele D’Angelo all bowing out early on the final table, Soriano saw the way clear and played with confidence as he took on and beat the more-experienced Lehavot heads-up.

Want to watch exactly what happened at the final table? Check out the event replay right here.