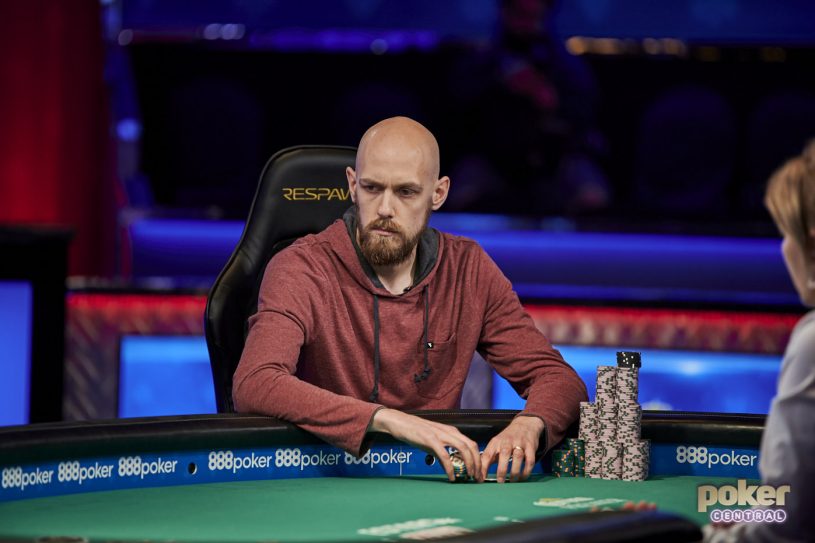 After waiting years to achieve their goal, three players all conquered Las Vegas as they became the latest WSOP bracelet winners at the 50 annual World Series of Poker. We start with the man who will never again be known as the ‘best player never to win a bracelet’.

Widely known as one of, if not the best tournament poker player not to have a WSOP gold bracelet in his collection, Stephen Chidwick broke that curse on Saturday night as he outlasted a high roller field in his first 2019 event to take the title. Dominating any field is tough, but the Pot Limit Omaha $25k event is one of the hardest groups of players to better in any World Series.

Getting the better of Taiwanese player James Chen heads-up, Chidwick ended his barren run after 52 WSOP cashes and 13 final tables had failed to yield the outright win. The fact that he has recently become a father means that the $1.6m in winnings after such a blessing has come into the British player’s life makes this victory even sweeter.  Now up to 18th on the all-time money list, Chidwick won’t be pressing for WSOP Player of the Year, but who’s to say his bracelet winning is done here for the year? There are still several huge events to go, with the Kent man admitting he’ll likely play both the $50,000 Poker Players Championship and Main Event at the very least.

While Chen claimed a huge $1,000,253 for second place, his – and Taiwan’s – first bracelet would have to wait. This was Chidwick’s night and the player many considered the best player ever to be without a WSOP bracelet no longer need ever hear that statistic, after rendering it part of his glorious poker history.

Want to watch all the action from Chidwick’s victory? Watch the On Demand replay right here.

After over 15 years of coming to the World Series of Poker, Ari Engel finally took down his first WSOP event, winning the $2,500-entry event for over $427,000. Engel didn’t come into the day as chip leader, but after a pivotal hand where his pocket kings had the beating of double bracelet winner Barny Boatman’s pocket eights, Engel never looked back and claimed the win after defeating Pablo Melongo heads-up.

With a field of 996, the no limit hold’em event was tough from the start, with a huge number of big names playing across the four tournament days. Engel, whose WSOP circuit success had never been matched by his record on the WSOP proper, took down the tournament after eliminating David ‘Bakes’ Baker at the final table before beating Pablo Melogno heads-up.

‘Full Flush’ Luke Schwartz was left feeling full of pride and flushed with success as he took down the Limit Lowball title and defeated a field of extremely talented mixed game players in doing so, winning over a quarter of a million dollars and his first-ever WSOP bracelet.

Schwartz, a unique character famed for his YouTube moments more than his poker trophies during his coming-of-age poker period has clearly kept improving at the game he loves throughout the years where he’s focused more on cash games than tournament prize-pools. The 35-year-old from London-based player took on the best and proved he has enormous stamina, especially since his final two opponents were two players he respects so much in the format, Johannes Becker who came third and George Wolff. Having booked the win, Schartz’s exclamation of delight must have contained some relief in it, too. As he told our friends at PokerNews in the aftermath, “That was just the most intense three-handed battle ever.”

Wit Schwartz returning to the World Series and cashing for the first time in six years in last week’s $10,000 Dealer’s Choice Championship, he’d fired a warning shot across the bows that the once bad boy of poker is back. Today saw him load up time and time again on ammunition and keep pulling the trigger to make sure that he got the job done.