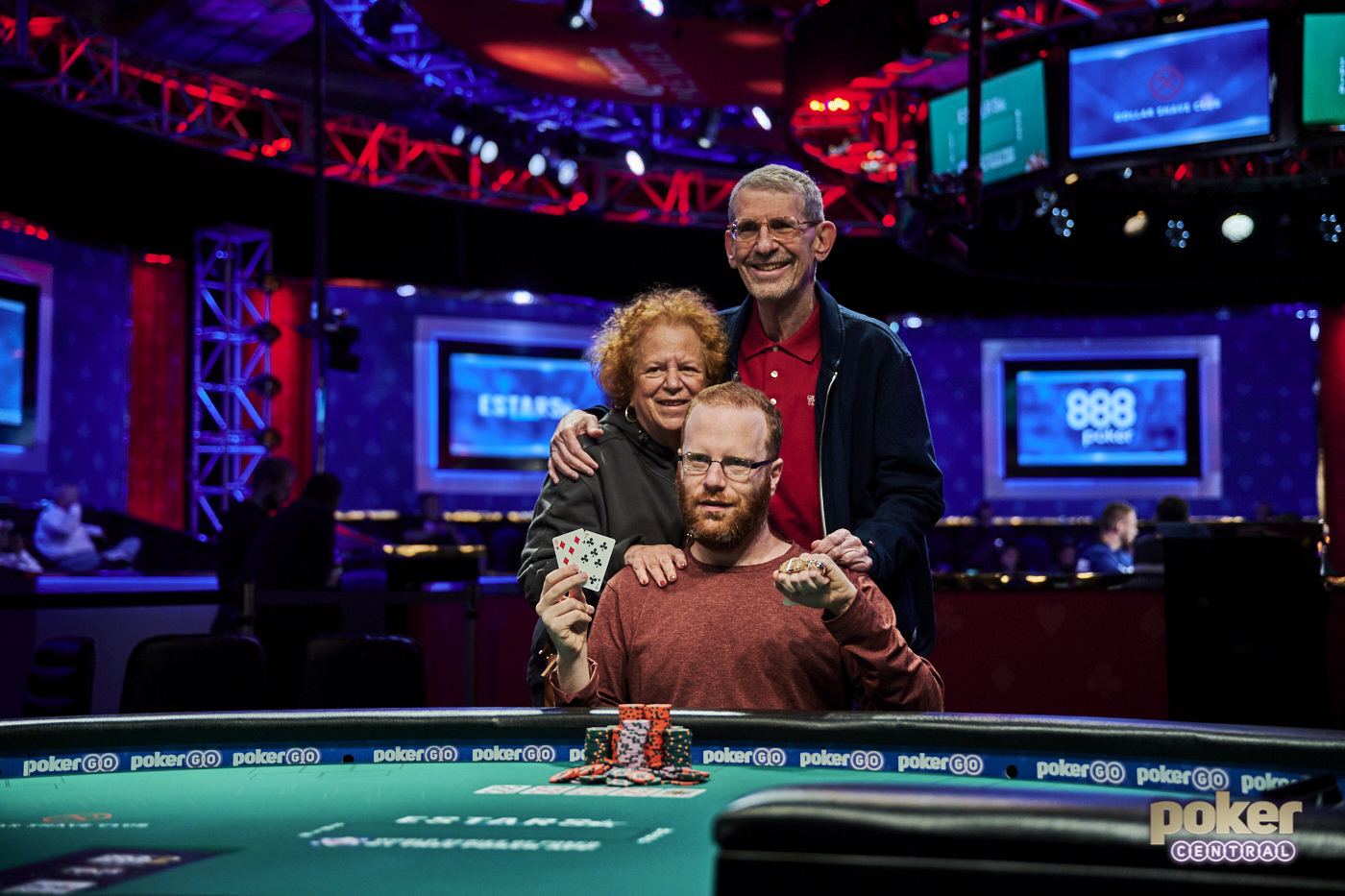 Two WSOP bracelets were won by players on Day #20 of the 2019 World Series of Poker. One was a first-time bracelet winner, the other a man who won the same bracelet a year and a week previously. Let’s start with the history-making man who went back-to-back.

Adam Friedman completed an incredible victory at this year’s World Series of Poker as he beat Shaun Deeb heads-up to claim the title of $10,000 Dealer’s Choice Championship winner. A fine result on its own merit, which makes Friedman’s victory all the more amazing is that one year ago, Adam Friedman did exactly the same thing. Having won his third bracelet last night by going back-to-back, he joined an exclusive club of players who have successfully defended their WSOP title, including Johnny Moss, Doyle Brunson, and Johnny Chan.

Friedman freely admits that the quality of his final table opponents meant he could hardly go into play expecting to book his historic win. But having seen the field trimmed first from it’s original 122 to just 11 players with Friedman as the chip leader, then to a final table of six, even the modest Ohio mixed game specialist must have started to believe.

With 11 more players than last year’s event, Friedman saw Nick Schulman bust first on the final table, before the in-form Michael McKenna make his way to the rail. Losing David Moskowitz and Matt Glantz before heads-up might look good on paper, but Friedman then had to beat the end boss – the WSOP 2018 Player of the Year, Shaun Deeb. Eventually, Friedman’s full house on the river did the trick and he celebrated a monumental achievement with his friends and family.

David Lambard managed to end up on top of the pile as he rose to fame in the $3,000-entry NLHE Shootout event last night. With 313 entries, the competition was tough and some very big names made the final showdown in Las Vegas, such as Justin Bonomo, the all-time money list leader. As it happened, Bonomo would be flipped out of contention first, a rarity in recent times for the man who has out-performed everyone in the world of poker over the last two years.

Others to leave the party early included Romanian former WSOP bracelet winner, Alex Papazian and Andrew ‘Chewy’ Lichtenberger, busting in 7th and 4th place respectively. It would be Johan Guilbert who would make it heads-up against Lambard, and it was the eventual winner who held a strong lead. After Guilbert went on the attack to almost level up matters, Lambard pulled away and won the final flip when his pocket fours held against the French player’s ace-eight.

Want to watch all the action from the final table? Check out the event replay right here.