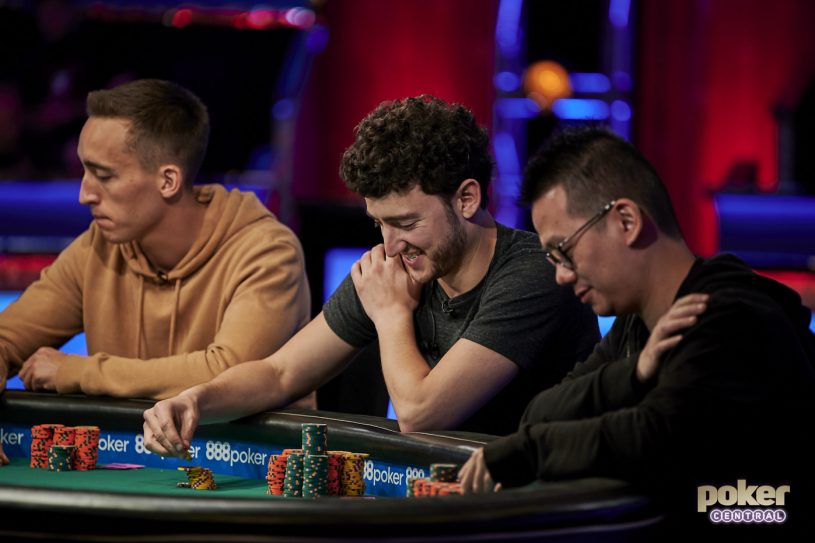 On an extremely busy day in the 50th World Series, and with the world’s greatest poker festival a week old, Alex Epstein won his first-ever WSP bracelet in the debut Short Deck event for a six-figure score and a place in history. Elsewhere, a record-breaking field reached Day 3 and Erik Cajelais reached another final table. Let’s take a trip around the Rio.

Epstein busted Chance Kornuth in fourth place, then, as if that wasn’t enough, took out both third-placed Anson Tsang and Thai Ha in the final hand, earning himself a first WSOP bracelet and bringing to an end the debut Short Deck WSOP event in dramatic fashion.

Daniel Park won his first WSOP bracelet and $226,243 in the $1,000 No-Limit Hold’em Super Turbo Bounty Event #12 after beating Canadian former bracelet winner Erik Cajelais heads-up after a fast and furious day at the felt. With the Canadian player Cajelais taking home $139,731 for his runner-up finish, it was Park who overturned Cajelais’ lead in stunning fashion in the final hour of the tournament to claim victory.

I'm Currently In 95th Out Of Around 1,600 Remaining Players In This Massive WSOP Event https://t.co/1ebENEQuI2

When a field of over 28,000 entries is set in front of you, all you can do is to take it a hand at a time. At the end of Day 2d, with all the remaining players finally whittled down to the same tournament day, just over 550 players survived. Of those, there are some big names with a great shot at what will be a very special bracelet, with $1,000,000 to the winner.

Listen to Barstool Nate on the Poker Central Podcast where he talks about his Las Vegas adventures right here.

JAIN AND GLASER STAR ON DAY #7

With the $600 Deepstack drawing to the end of its day, Paul Jain has held an immense lead over most of the field for the majority of the latter part of the day, and will be confident of reaching the final table in good shape.

In the $1,500 Dealers Choice Event #10, Benny Glaser will lead the 21 remaining players into action in pursuit of his fourth WSOP bracelet when the event when he finished the day as chip leader with a stack of 489,500 chips. He’ll be gunning for victory when play resumes on Wednesday at 2 p.m local time and plays to a finish on Day 3.

Glaser will have plenty of competition for the gold, however, with former WSOP bracelet winners Frankie O’Dell and John ‘Miami’ Cernuto still in the field.

Tomorrow will see the $1,500 H.O.R.S.E., the $10,000 No Limit Hold’em Heads Up World Championship and $1,500 NLHE events all begin, while others will reach their thrilling conclusions. Want to watch the latest final table action from the 50th annual World Series of Poker? Stay tuned to PokerGO and CBS All Access for more coverage of the 2019 WSOP bracelet events. Selected bracelet events will be streamed exclusively on CBS All Access in the United States