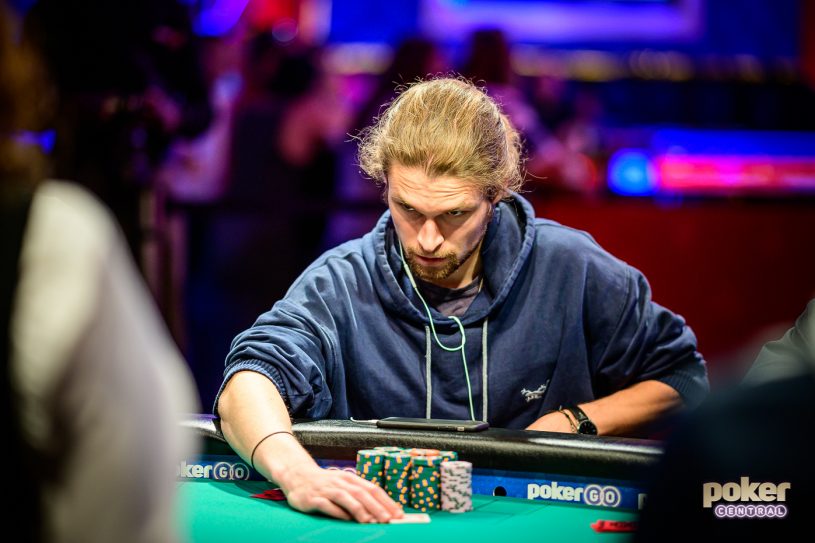 Another full day of WSOP action is in the books after there was a champion crowned, an online near-miss for the ultimate bracelet winner and a very big day in the $50,000 High Roller. We can only start with the drama, though, in the record-breaking largest tournament field in poker history.

With the record in sight and a starting field that had sold out the event, there was never any doubt that Day 1d of the Big 50, with its $5 million guaranteed prizepool and $1m top prize would set records. That the exact numbers are still not yet known is an indication of exactly how crazy it got inside the Rio, with 8,000 players taking to the felt on the final Day 1 flight and a record of over 25,000 players having entered over the four opening flights truly a phenomenal achievement. It was Andrei Khosh who took the chip lead for the day, with an incredible 970,000 chips of his being bagged up, but others such as Kevin O’Donnell (773,000) and British player Rick Trigg (663,000) won’t let him have it easy on Day 2d on Thursday.

HEATH STILL THE PLAYER TO BEAT IN $50K FINAL

Tomorrow will see Ben Heath take on five players, all of whom have previous WSOP bracelet victories in their career, as the British player looks to win his first. After a fast day at the felt, a dozen became six in very short order as Sam Grafton was among those to bust early. Poker Central’s own Cary Katz ran all the way to eighth place for $151,755, and when Elio Fox busted in 7th place for $192,794, the final six were set.

You’ll be able to watch the final day’s play on the live stream exclusively at PokerGO.

MCMASTER LIVES UP TO HIS NAME

Derek McMaster took down Event #4, and in doing so, banked his first-ever WSOP cash, let alone win. 853 players took on the $1,500 Omaha Hi-Lo 8 or Better event, but it was McMaster who toppled Jason Berilgen heads-up to triumph and pocket $228,228 and the bracelet in the process. Ever-competitive Ben Yu final tabled the event and came 7th for $27,530, proving good value in any side bets for yet another summer. Elsewhere, Jake Schwartz has 789,000 chips, almost a quarter of a million more than any other player in Event #6, the $2,500 Limit Mixed Triple Draw. It’s looking like Schwartz’ best chance ever to finally bag a bracelet after 50 cashes and half a million in live earnings at the Woirld Series have so far failed to yield gold.

HELLMUTH OH SO CLOSE TO BRACELET 16 IN ONLINE EVENT

Event #7 was a pretty special one for Phil Hellmuth, who led the online field with just 22 players remaining. In the end, however, one lost flip against the eventual winner ‘Lucky Spewy1’ (New Jersey online player and first-time WSOP winner Yong Kwon) did for the Poker Brat as he bowed out as quietly as it’s possible for him to do, online behind his monitor. Rumors that some in the Rio could hear Hellmuth’s shout of anguish when he was rivered are, as yet, unconfirmed. He certainly didn’t have time to late register for the Short Deck poker bracelet event, which is led overnight by Gabe Patgorski, with 61 entries leaving just 18 players in seats, among them WSOP bracelet winners Ben Lamb (209,300), Jason Somerville (123,600), and player of 2018, Justin Bonomo (107,300).

Want to catch the final table of the $50,000 High Roller? Subscribe to PokerGO today for exclusive access to the event, and be sure to purchase a CBA All Access pass if you reside in America for a summer full of World Series action. You’d be madder than Phil Hellmuth to miss it!