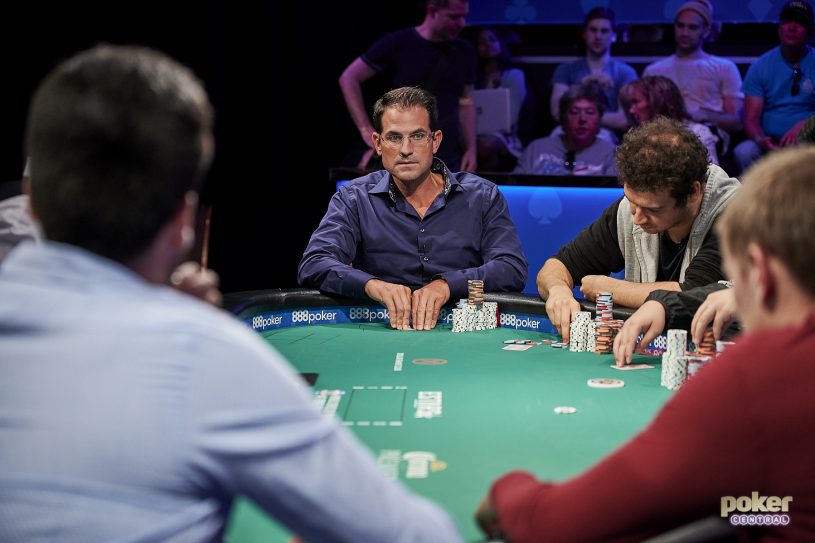 One of the busiest days of action at the 2019 WSOP saw an incredible eight tournaments other than the Main Event take place. With some brilliant skill on show, great drama played out all around the Rio All-Suite Hotel & Casino as a bracelet was won and many other final tables were reached. Let’s start with the High Roller action.

Brandon Adams bagged the biggest chip stack in the $100,000-entry High Roller event, which 93 entries reduced to 50 players by the close of play. With Day 2 registration – and a single re-entry – available to players, there may well be more in attendance than the 105 who played last year’s corresponding event, albeit that has a lot to do with this event coming at the end of the World Series as opposed to the beginning.

Some players weren’t so lucky as to bag up chips, with the final level elimination of Daniel Negreanu meaning ‘Kid Poker’ will have to try again tomorrow if he wants to succeed in his quest to bag a Vegas bracelet. He was joining a rail that had already welcomed players such as Dan Zack, Erik Seidel and Rainer Kempe all birt the dust.

The third female bracelet win of the summer, the second in an open event, took place on Thursday as Tu Dao took down a talented final table. In defeating Alain Alinat heads-up, Dao triumphed in this event and put to rest any lingering regrets over a 4th-place in the Ladies Event.

Adding $133,189 to her winnings from that event ($52,007), it’s been an amazing summer for Dao, which now comes to an end after her triumph at a memorable final table, which included a surge from Ian O’Hara, a tumble for Oleg Chebotarev and a heads-up match to revel in from start to finish. Want to watch the full replay? Check it out here.

The $3,000-entry No-Limit Holdem event saw the field of 671 players reduced to just six players, as David Gonzalez grabbed a vital chip lead overnight as he stacked up 4,295,000 chips, marginally more than Guillaume Nolet (3,960,000) Both Nolet and Gonzalez have a lot more than their rivals, with Ivan Deyra holding just 1,975,000 chips.

No event is ever a foregone conclusion, but Maximilian Kloistermeier has put himself in the best possible position to add not just a first-ever WSOP cash but his debut bracelet win at his very first attempt, as the spectacular newcomer looks to achieve the incredible feat of a first cash, first victory performance in Las Vegas.

With the $1,500-entry PLO Bounty event seeing just 42 players come back to play ‘to the win’, there was never going to be any chance of that as play approached the end of the night, as Kloistermeier bullied the field into submission.

KARAM KRUSHING LITTLE ONE FOR ONE DROP AS FINAL FIVE RETURN

With the overnight chip leader Mike Dentale crashing and burning in 22nd place for $23,825 when it looked like he might have a real tilt at the title, it was Fernando Karam who would rise highest. With the blinds now escalating to a dangerous degree for short stacks, it will difficult for Karam to be stopped, but anything can happen in no limit hold’em, and the Little One for One Drop is a special event in many ways.

GAGLIANO AND PILLAI CHASING DOWN NGUYEN

The WSOP Bracelet Winners Event may cost just $1,500 to enter, but the prestige is obviously huge. With a field of just 185 players being reduced to a final table of eight tough competitors who have all placed gold on their wrists before, it is Tommy Nguyen (2,910,000) who leads with a massive third of the total chips in play.

OTHER BRACELET EVENTS IN PROGRESS

There’s a big gap back to players such as Dominique Mosley (1,530,000) in the chasing pack, but some big names failed to make the business end of the tournament, such as Chris Moorman, Loren Klein and Brian Hastings, all of whom made the money but not the really big money. The top prize of $304,793 is still very open to a challenge from all players.

Finally, the $1,500-entry Double Stack NLHE event saw a total field of 2,589 players whittled to just 357 hopefuls in yet another event on the busiest day of the WSOP so far. With a top prize of $530,164 up for the winner, the vastly experienced Canadian professional and new father Mike Leah has the chip lead with 1,628,000 chips ahead of another former bracelet winner Will Givens (1,484,000).