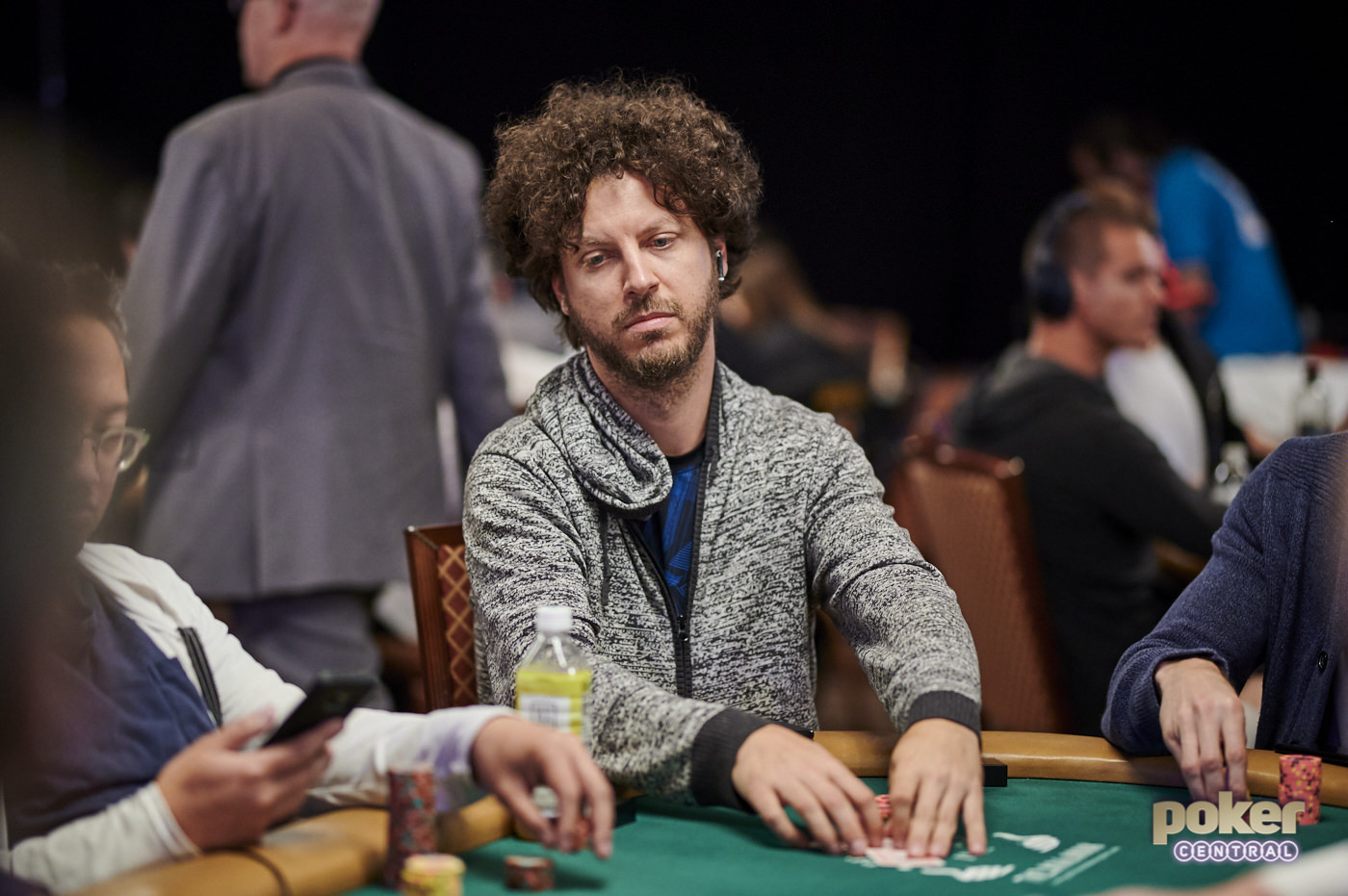 VITCH PLAYS HIMSELF INTO A GOOD POSITION

Chris Vitch is the chip leader in the $10,000-entry Pot-Limit Omaha Hi-Lo 8 or Better Championship, with a soaring stack of 795,000 after a busy Day 2 at the felt. With a total of 136 players, some of that number registered on the day to add to Day 1’s total, but only 43 still had chips at the close of play. Vitch, who won $93,764 for finishing 10th in the recently-completed $50,000 Poker Players Championship, is now in pole position to add a bracelet to his already-excellent 2019 World Series.

Plenty of others are still in the hunt, with Scott Bohlman second-in-chips with 628,000 chips and Bryce Yockey recovering quickly from the worst bad beat of all-time, bagging up 535,000. Yesterday’s chip leader Michael McKenna (477,000) and Kim Kallman (420,000) both have stacks with which to attack the leaders. Among the fallen were 2018 WSOP Player of the Year Shaun Deeb, bracelet bettor Alex Foxen and Anthony Zinno, though as Zinno told us, he might be able to celebrate his second WSOP bracelet now.  With a top prize of $463,670 on offer, Chris Vitch will be hoping it’s him who is having his picture taken last tomorrow evening.

With results in both previous incarnations of this tournament, Yueqi Zhu sits in second place with four players left in the $1,500-entry Omaha Mix event.

Only Zhu and James Van Alstyne have prior bracelets of the four remaining competitors, with Van Alstyne looking like he needs the most help. Having won this event last year, Zhu is going for back-to-back titles and will hope to win the $199,838 on offer for the winner of this tournament.

KAPALAS OUT IN FRONT AS COLOSSUS REACHES FINAL

Just seven players remain in The Colossus, the $400-entry tournament with a $451,272 top prize. With 13,109 entries across all the Day 1 flights, we’ve reached the business end of the event, and Greek player Georgios Kapalas has the chip lead with an impressive 105,700,000 chips.

The remainder of the table hail from the United States of America, and leading the home charge is Andrew Barber, who has 89 million chips. He’s followed by Maksim Kalman (85.5 million) and Ryan Depaulo (72.4 million) while Patrick Miller (18.5 million) is the short stack.

Three British heavyweights finished in the top five chipcounts on Crazy Eights Day 1c, with a top trio of professional players heading into the combined Day 2 as part of the 333 players who progressed overnight.

Ian Simpson has the chip lead from the flight with 1,284,000 chips, while Norwich-based Adam Daniel (1,078,000) and former WSOP runner-up and final table player already this year Sam Razavi (926,000) also hopeful of earning their first bracelets for Britain. French player Alexandre Fradin (1,125,000) and Shaun Mcbride (938,000) round out that top five, but plenty of others made the Day 2 cut.

Dan O’Brien (662,000) former WSOP Main Event runner-up Jesse Sylvia (292,000) and Mike Shariati (224,000) all survived the action, while others such as Matt Stout, Glenn Lafaye and former Main Event champ Martin Jacobson all missed out on Day 2, which will happen on Monday July 1st.