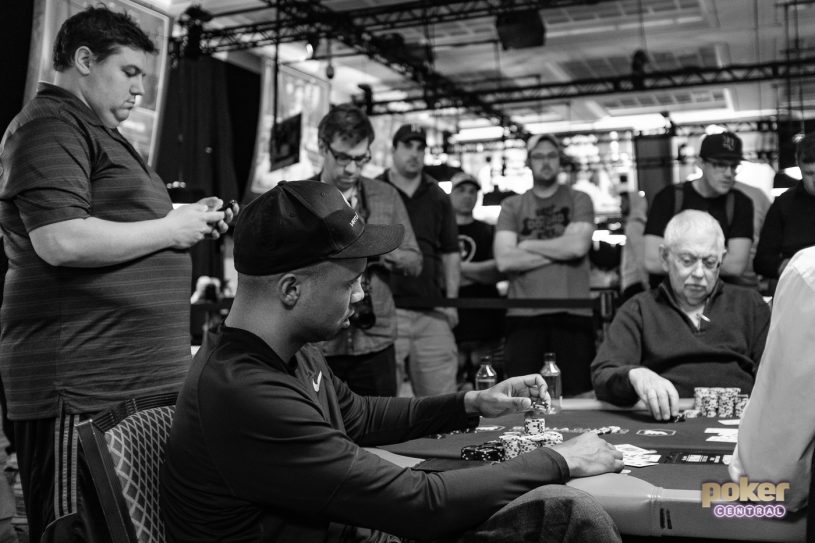 Phil Ivey has control of the table and the chip lead in the $50,000 Poker Players Championship

One of the busiest days of the 2019 World Series so far is in the can, and the players in the $50,000 Poker Players Championship are finally in the money, making it past the bubble in the final – added – level of play. But what else took place on Wednesday at the Rio? We can catch you up on all the gossip.

Phil Ivey finished a second straight day at the top of the leaderboard in the $50,000 Poker Players Championship as a dozen players were finally left in the money after an additional level was added until 13 became 12 in one of the most prestigious poker tournaments of the year.

Ivey, on the back of coming into play as chip leader, bagged up a massive 4,775,000 chips, and although his lead is a healthy 700,000 chips from Josh Arieh (4,029,000), Ivey will still be wary of the opposition he has yet to outlast as he bids to win his 11th WSOP, something that would put him out on his own as Phil Hellmuth’s closest challenger for all-time bracelet wins.

Other players who’ll be hopeful of progressing to the final table include 2018 WSOP Player of the Year Shaun Deeb (2,450,000) and Bryce Yockey (2,386,000), but there are others who were thankful to escape a bubble that seemed to go on for a long time. Dan ‘Jungleman’ Cates (319,000) and Andrew Brown (210,000) survived, but with just three and two big blinds each after Chris Klodnicki was the unfortunate ‘bubble boy’ with nothing to show for his $50,000 investment.

One of the most mouthwatering clashes on Day 4 will be one that also took up much of Day 3 – Phil Ivey and Shaun Deeb going at each other for a lot of the chips in play. The two men were right next to each other all day, with Deeb on Ivey’s direct left. Day 4 will see the roles reversed, Ivey two seats to the WSOP Player of the Year contender’s left. Stay tuned to PokerGO for all the action from the final two days of the PPC, with the action kicking off on Thursday, June 27th at 6:00 p.m (EDT) right here.

Brazilian professional player Andre Akkari leads the $10,000 Razz Championship field after the first day at the felt, with just 42 of the 96 players still holding chips at the close of play. Akkari stacked up 506,000, four times the average and nearly double the chips of David Bach in second place with 308,500.

The defending champion Calvin Anderson (248,500), Max Pescatori (241,000) and Dan Zack (240,500) all bagged up double the average, while ‘Kid Poker’ himself, Daniel Negreanu had 208,000 at the end of the day.  Not everyone fared so well, with Jason Mercier’s second tournament of the Series going not quite as well as his first, missing a Day 2 berth. John Racener, Jen Tilly and 2019 WSOP bracelet winner Eli Elezra also failed to progress.

TRINIDAD ONLY PLAYER TO TOP A MILLION IN FIRST COLOSSUS FLIGHT

Amador Trinidad stacked up just over a million chips when he finished Day 1 of The Colossus with 1,012,000 fun-discs in front of him. After over 13 hours of action, the money bubble was negotiated by 786 players from the 5,238 hopefuls who entered this phenomenal tournament for $400. Trinidad may be the early pace-setter, but he’s followed by plenty of players with only a little less than him, amongst them Marc Korner (937,000) and William Blais (930,000) as well as the 2004 WSOP Main Event champion Greg ‘Fossilman’ Raymer (850,000).

It took 18 levels to reach the money, but with one more Day 1 flight to come, players will still have a chance of winning a colossal return on their comparatively cheap buy-in amount. Last year’s Colossus winner, the Brazilian player Roberly Felicio, won a cool $1,000,000 for his $565 investment.