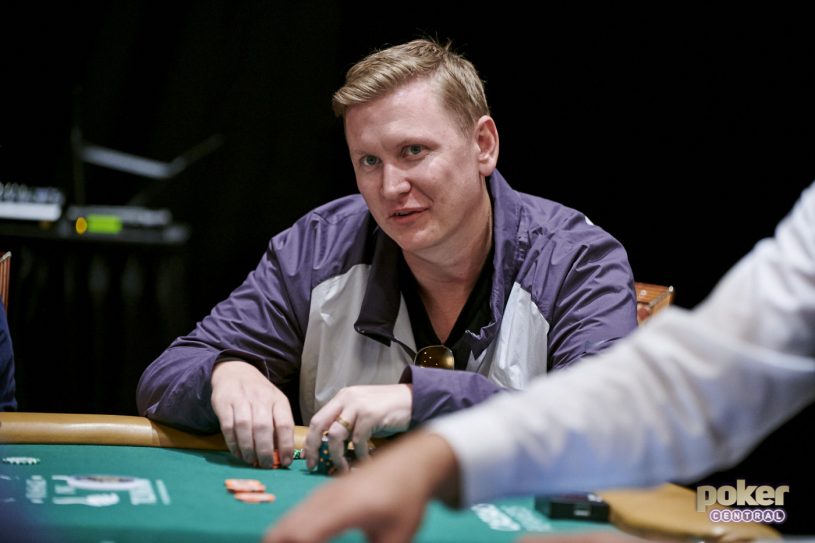 Ben Lamb has a great shot at winning a WSOP bracelet he's already won for a second time.

After a huge day of action during which three players won first-time WSOP bracelets, there were four tournaments where no gold was handed out quite yet. Let’s round up all the other action from the Rio All-Suite Hotel & Casino.

PLENTY IN THE HUNDT FOR MONSTER STACK GLORY

THREE BRACELET HOLDERS BIN TO DOUBLE THEIR TALLY IN $2,500 MIX

Just a dozen players remain from the 401 in the $2,500-entry Mixed Omaha Hi-Lo 8 or Better, Seven Card Stud Hi-Lo 8 or Better event. Top of the chipcounts after the journey so far is Michael Thompson, who has 923,000 chips to his name, more than Daniel Radigan (899,000) and Philip Long (813,000). Long is one of three players going for their second WSOP bracelet with Andrey Zaichenko (424,000) and Dan Zack (214,000) still in the hunt. Zack has a real chance of gaining the upper hand in the WSOP Player of the Year race, with Shaun Deeb busting during the day and Upeshka De Silva not involved.

In the $10,000 Pot Limit Omaha Championship, 253 players remain from the 494 entries so far, with some of the most successful poker players at this level still very much involved and others able to register until the end of the tenth level which will be on Sunday afternoon,