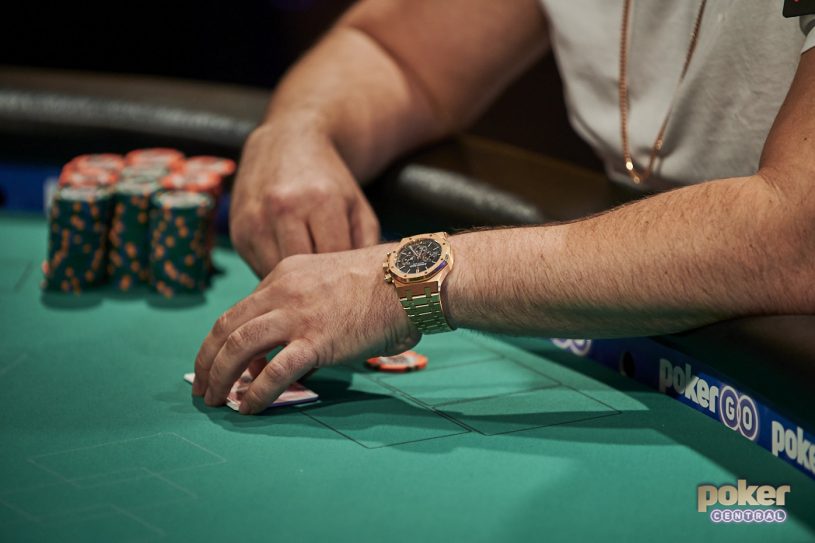 Who'll be adding a bracelet to their wrist after the latest WSOP events in progress?

With four events not yet finding a winner in last night’s WSOP tournaments, we’ve got all the news for you on how they stand. Can Luke Schwartz make it two WSOP bracelets in a week after never having won one before this year’s Series? Will Alex Foxen give the fanboys a sweat in the Deepstack? And could Andrew Moreno better his own Monster performance three years ago to grab glory? Read on and find out.

Moreno is just behind the chip leader Kainalu McCue-Unciano (2,187,000), but others are a little further back. Brady Bullard (1,971,000) and Gergely Kulcsar (1,839,000) both have plenty of chips with which to attack the lead, as does Kevin Roster, who sits behind 889,000 fun-discs amid his dying wish to play the World Series of Poker while raising money and spreading awareness of a rare form of cancer called sarcoma.

Kenneth Johnson leads the way in the $800 Deepstack 8-Handed Event, with 1,400,000 chips, but he’s not far ahead of the chasing pack, with current GPI leader Alex Foxen, who sat behind 1,104,000 when the bags were being handed out.

With 3,759 players in seats on Day 1, 440 survived the day to bag up for Day 2, with J.D. Rice (1,138,000), and Luke Nguyen (976,000) both looking down on almost the entire field too. Former WSOP Main Event winners Chris Moneymaker, Greg Raymer and Phil Hellmuth all bagged stacks, and with a top prize of $371,203 up for grabs, the competition will be fierce across the event with three days yet to run.

Just 127 players from the 363 entries remain in the $1,500 Razz event, with Eric Rodawig top dog at present with 118,700 chips. He’s followed by some more real experts in mixed games, however, with British boss Adam Owen (82,800), and Mike Ross (76,600) hot on his heels. Jennifer Tilly, Matt Waxman and Scott Clements, already a WSOP bracelet winner at this year’s World Series, all made the cut on a day that saw the field chopped into a third of its number. With just under half a million in the prizepool, the winner will take home a huge $119,054, with just 55 players reaching the money tomorrow.