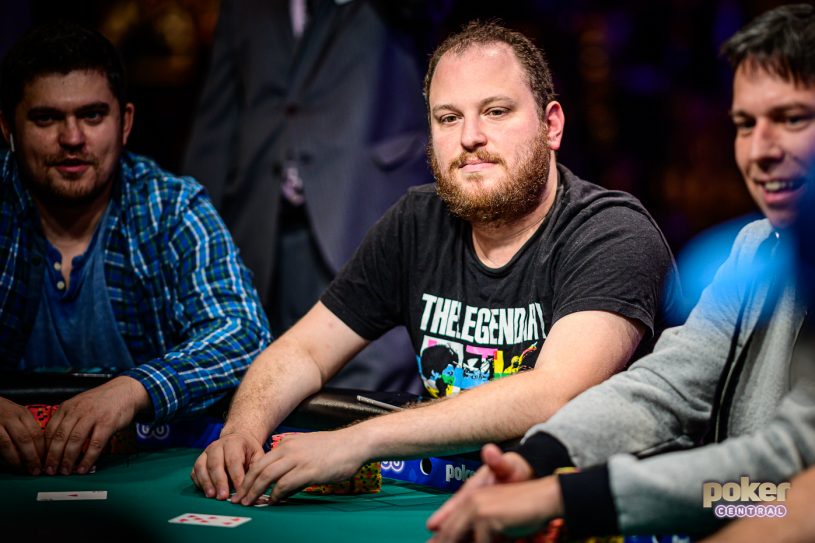 Scott Seiver has yet to win a WSOP bracelet in 2019, but he's in a great position to change that.

If you’re wondering who’s reigning supreme in WSOP bracelet events that are yet to reach their conclusion, you’ve come to the right place. Who’s running Scott Seiver closest in the Seven Card Stud? Which huge name has a top 10 double stack pile of chips? And which living legend is crushing Pot Limit Omaha 30 years after playing Johnny Chan for the Main Event title? Read on and find out!

SEIVER OUT IN FRONT BUT LEGENDS CHASE HIS SHADOW

Scott Seiver has the biggest chip stack in the Seven Card Stud Championship. The $10,000-entry event has attracted some of the best names in the poker world, including 36 of the 77 entries who will return today for Day 2. It was Scott Seiver with 329,000 who ended up as chip leader, and he was followed by two men who have already won a 2019 WSOP bracelet in Scott Clements (290,000) and Greg Mueller (263,000). Along with players such as six-time WSOP bracelet winner Daniel Negreanu (154,000 ), other players to survive the cut included a player fresh from the Dealer’s Choice final in Michael McKenna (245,500) as well as five-time WSOP bracelet winner Michael Mizrachi (234,000) and Max Pescatori (195,500).

CHEONG AMONG DOUBLE-STACKERS TO MAKE DAY 4

Hamid Feiz was the leader of the pack in the $800 Deepstack event, with 2,808 entries cut down to 671 as the day kicked off, and only 26 players still in seats when the bell tolled for the close of play. Phil Ivey was not amongst their number after he was flipped out of the running by Christopher Csik. Ivey three-bet shoved all-in and Csik ended up calling the clock on himself to push himself to the right decision as he won the flip that would end the poker legend’s tournament.

LEVI LEADS BUT SEIDEL, GLANTZ & CHARANIA ALL MAKE THE CUT IN PLO EVENT

After 12 hours of action, the $1,500-entry Pot-Limit Omaha bracelet event got off to a flying start. Sharar Levi led the way from the end of the day’s play, holding 519,000 chips on his birthday, but he was joined in the counts by some big names with above-average stacks. Erik Seidel, WSOP Main Event runner-up in 1988 has 368,000 chips, while former Hendon Mobster Barny Boatman sits behind a still-healthy 143,000. Mike ‘The Mouth’ Matusow bagged up 152,500, while Matt Glantz jumped off the Dealer’s Choice final table and ran up a stack of 380,000.

Indian player Sajal Gupta ended the day second in chips with 512,500 and 2015 WSOP Heads-Up Championship bracelet winner Keith Lehr has 464,000 in third place. With $298,507 up for grabs for the title and of course that coveted WSOP bracelet, it’s still anyone’s game.