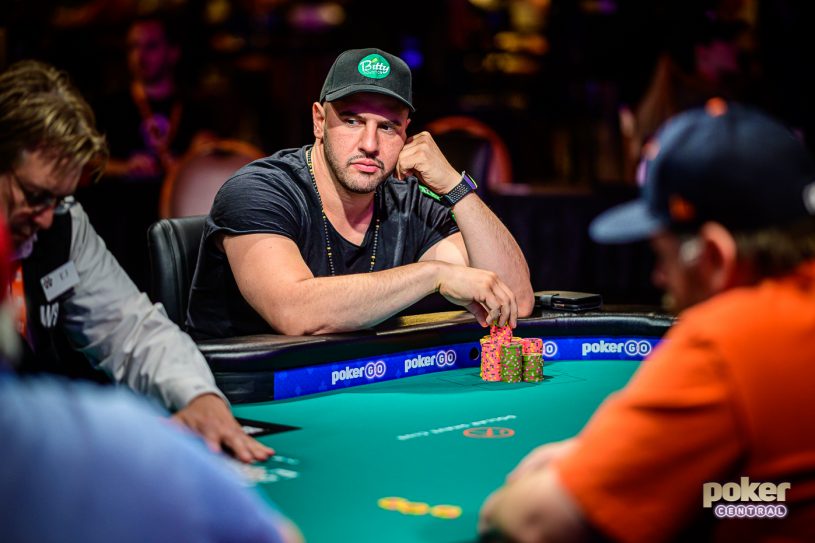 With big names in big names all around the Rio All-Suite Hotel & Casino, there were bracelets handed out on Wednesday, but there were also final tables being reached. You can read up on the crowning of new champions over the last 24 hours here in Las Vegas, but let’s focus on who still has work to do as The Grinder, Brian Hastings and Stephen Song have all put themselves in pole position to crush.

THE GRINDER IS GUNNING FOR FIFTH BRACELET

Michael Mizrachi leads the final six players into the Seven Card Stud Hi-Lo 8 or Better event at 12 noon local time, after a day of action took him one step from his fifth WSOP bracelet. Mizrachi didn’t lead the entire day, but topped and tailed the action at the top of the leaderboard to put himself in the best position to close it out when play resumes.

Although ‘The Grinder’ leads, he’s followed fairly closely in the chip counts by Michael Sopko (1,184,000) and Robert Gray (1,028,000), and will have stiff competition as he looks to close it out live on CBS All Access with the action kicking off at 12 noon and being broadcast an hour later on the stream.

With just 20 players remaining, Event #29 is galloping towards the finish line, with some stellar names locking up Day 3 chip stacks, Brian Hastings holds the lead in the $10,000 H.O.R.S.E. Championship as he sits behind 1,125,000 chips with just under two dozen remaining from the 172-entry field.

With the top prize of $425,347 and WSOP bracelet still to be fought for, Hastings was closely pursued in the counts by Day 1 chip leader Daniel Ospina and Dario Sammartino, both of whom zipped up 1,120,000 by the end of the night on Day 2. The final table of this event will be streamed live on PokerGO on Friday.

STEPHEN ON SONG AS LAPLANTE LURKS

Just six players remain in the race for the $341,854 top prize and WSOP bracelet in Event #28, the $1,000 No Limit Hold’em event, and Stephen Song has a shot at his first-ever WSOP bracelet. The talented player, who has cashed for a million dollars in live tournaments and already has two WSOP Circuit victories, has a massive chip lead as he closes in on his maiden bracelet.

After 346 players started the penultimate day of the event, 40-minute levels reduced that number by the dozen, and as Stephen Song soared to an incredible lead of 24 million chips to his nearest challenger’s 6 million (Sevak Mikaiel), others had to scramble to survive. One of those was former WSOP bracelet winner Ryan Laplante (4,885,000), but he’ll only have 30 big blinds with which to try to stop Song form hitting the highest note of his career on Thursday under the PokerGO final table lights.

OTHER BRACELET EVENTS IN PROGRESS

Matt Russell took the chip lead in the Marathon event, which costs $2,620 to enter and takes its name from the famous Greek legend. Russell bagged up the overnight chip lead with 1,260,000 chips, a quick sprint ahead of Peter Hong (1,205,000) and Johan Guilbert (1,204,000). Former WSOP bracelet winners Preston Lee, Ryan Leng and Mohsin Charania all have playable stacks and will fancy their chances with 52 players remaining.