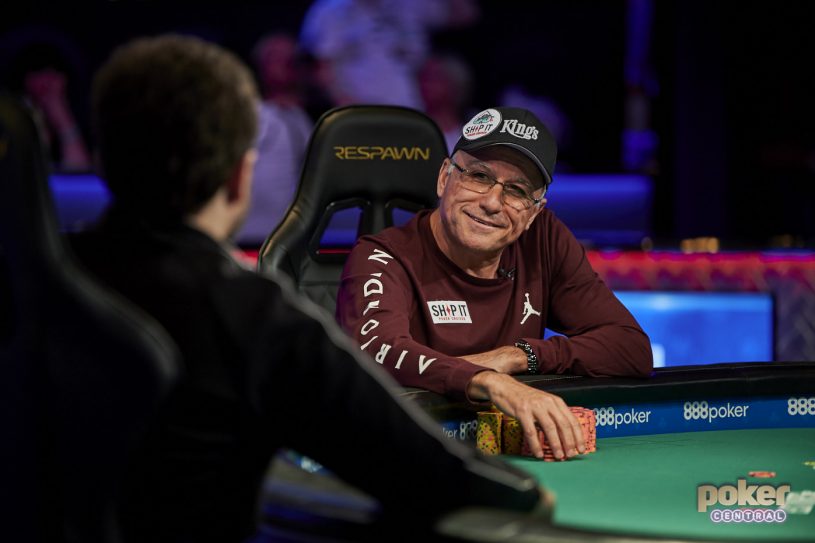 With almost two weeks of the World Series of Poker completed, Eli Elezra chose today to overcome a highly-decorated final table and win his fourth WSOP bracelet four years after he won his last one, in the same tournament – the $1,500 Seven Card Stud event. All the news from a dramatic day’s play at the felt, starting with that bracelet win for the mixed game and cash game legend.

Yesterday we told you how the chip counts of the six remaining players in the Seven Card Stud event were dominated by two men, Eli Elezra and Anthony Zinno. Those two poker professionals met heads-up for the WSOP bracelet, and it was Elezra who got the better of his younger foe after a long and mentally taxing heads-up match.

Josh Reichard, multiple WSOP circuit event winner, and WSOP bracelet holder? Well, if he can maintain his lead throughout the remainder of Event #19, then he will become the millionaire made rich by the staggering event which had 8,809 entries.

Jean-Robert Bellande rules the roost in the $10,000 No-Limit 2-7 Lowball Draw Championship and leads the final seven players going into their (delayed) final table today, hoping to take home the first prize of $253,817.