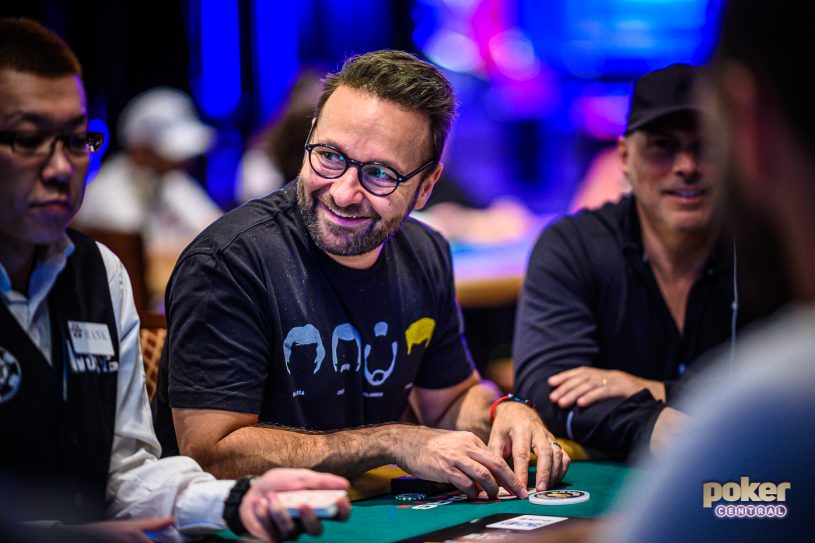 After a whirlwind first day whittled a field of 204 players down to just six, the $10,000 No-Limit Hold’em Super Turbo Bounty ended with Daniel ‘Kid Poker’ Negreanu still in with a chance of winning his first WSOP bracelet in six years in the very first open event of this summer.

With six players remaining, Asher Conniff has the chip lead, but he’s being hotly pursued by two huge names. Loren Klein already has three glittering WSOP bracelets to his name, and with Bosnian superstar Ali Imsirovic sticking by what he told Remko Rinkema on the Poker Central Podcast recently, there will be a dramatic day of action ahead as the Super-Turbo speed final table plays out. Here’s how the players will line up.

NEGREANU SHARES ON THE RISE

Having sold plenty of his action before the WSOP, Negreanu is already making money for his investors and will be hoping he can increase that to the maximum on offer. Here are the remaining payouts:

Negreanu has already outlasted one player he’s sure to be involved in a bitter Player of the Year battle again, as Shaun Deeb was one of a number of big names not to make the money in the tournament. The 15-time WSOP bracelet winner Phil Hellmuth also departed before the bubble burst, with former bracelet winners Dietrich Fast, Brian Yoon, and Adrian Mateos joining him on the rail. Kenny Hallaert was bubble boy when he left in 32nd place, but other big names did cash, with Toby Lewis, Matas Cimbolas and Erik Seidel all posting profit on their first day at the tournament felt. Cary Katz reached the final table, but departed in 9th place, cashing for $23,224.

Elsewhere on Day #1 of the 50th Anniversary WSOP, there was the traditional curtain-raiser of the Casino Employees Event, which costs $500 to enter and is only open to those who have put in time on the other side of the felt over recent years. Cosmo Andolore looked to have the chip lead at the bags were zipped in that event, with 650,000 equating to a whopping 108 big blinds. He’ll be hoping to make it to the final table from the remaining 103 players, although that won’t be reached a conclusion until May 31st.

You can watch all the action, including the live streamed final table for the $10,000 No-Limit Hold’em Super Turbo Bounty event featuring Daniel Negreanu, Ali Imsirovic and Loren Klein all battling to overtake Asher Conniff as he attempts to win his maiden bracelet when the live stream kicks off at 4:00 pm E.T.

Subscribe to PokerGO and head to CBS All Access to watch all WSOP bracelet event coverage this summer.