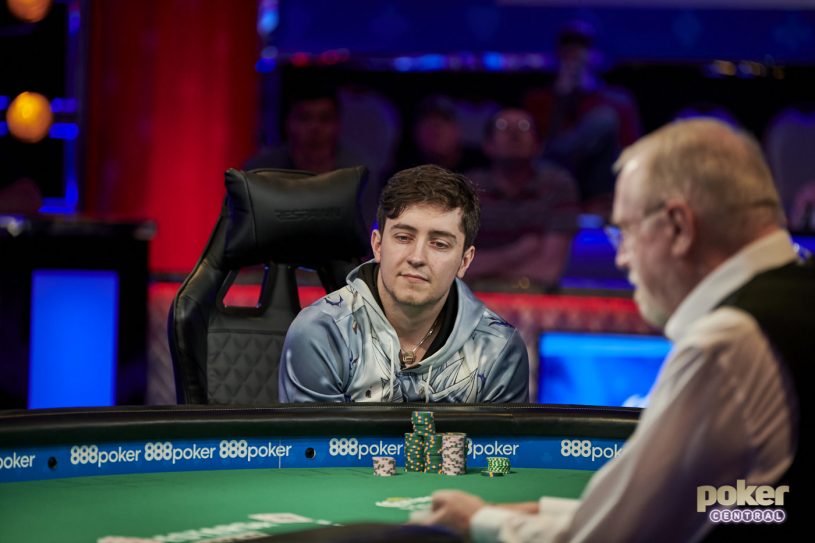 With just three days of tournament action in the can, the 50th annual World Series of Poker is already living up to its billing as the greatest poker event ever held, not least for the Bosnian superstar, Ali Imsirovic.

With over $5 million in cashes to his name already, the young phenom came into the 2019 WSOP with many tipping him for greatness. That he is in pole position to make his second final table in only the second tournament he’s entered is incredible. Imsirovic controlled Day 1 of the $50,000 NLHE event, a special one laid on by the World Series of Poker to celebrate the anniversary of a half-century of events in Las Vegas each summer. Imsirovic will be hoping to emulate Vitaly Lunkin in 2009 in winning the event and if he does so, he’ll likely bank more than the Russian, who won $1,891,018 ten years ago.

OTHERS IN CONTENTION IN THE $50K

Kornuth might have an extra reason to want to topple Imsirovic, as he was busted for his first bullet by the young Bosnian:

Can confirm he played. https://t.co/wrw1OLkY3p

It should be a very interesting Day 2 of the event, with Daniel Negreanu, Bryn Kenney, Adrian Mateos, Sam Grafton, and Rainer Kempe all with good chip-stacks, and with late registration will still open for another four levels of Day 2, players can buy back in and receive 300,000 chips. the prize-pool is yet to be confirmed and sure to be huge.

After a dramatic final day of to-and-fro action on the PokerGO live stream, Nicholas Haynes, a dealer at the Aria for the last 18 months, won $62,345 and his first WSOP bracelet by defeating WSOP Media Director Isaac Hanson heads-up for the title. With a field of 686 players, Event #1 was extremely popular again, and seemed even more so on the live stream, with viewers enjoying the action from the very first hand when Jeffrey Fast busted right away. It would set the tone for an action-packed segment of TV from the Rio.

Relive the entire final table of this event on PokerGO right now with commentary provided by Ali Nejad and Brent Hanks.

With Both Day 1b and 2a of the Big 50 in the can, Mikhail Vilkov leads the way in what could yet become the world-record for most entries in a poker tournament. Vilkov will head into June 5th’s Day 3 with an astonishing 3,475,000 chips bagged up, good for 139 big blinds. With a $5 million guaranteed prize pool and $1m top prize, the remaining two Day 1 flights are sure to be extremely busy flights.

Richard Fuller’s work in Event #4, the Omaha Hi-Lo 8 or Better could hardly have been better after he bagged up 474,000 chips for a small lead from Clifford Schinkoeth (448,000). Also progressing to the third Day of that event were Ben Yu, Mike Matusow and Patrick Leonard.

With a huge weekend of action on the way, why not take a look at our article tipping the best tournaments to play for Weekend Warriors? If you’re not in Vegas, but still want to make sure you don’t miss a crucial hand from now until July 16th, subscribe to PokerGO or tune into CBS All Access all summer long!