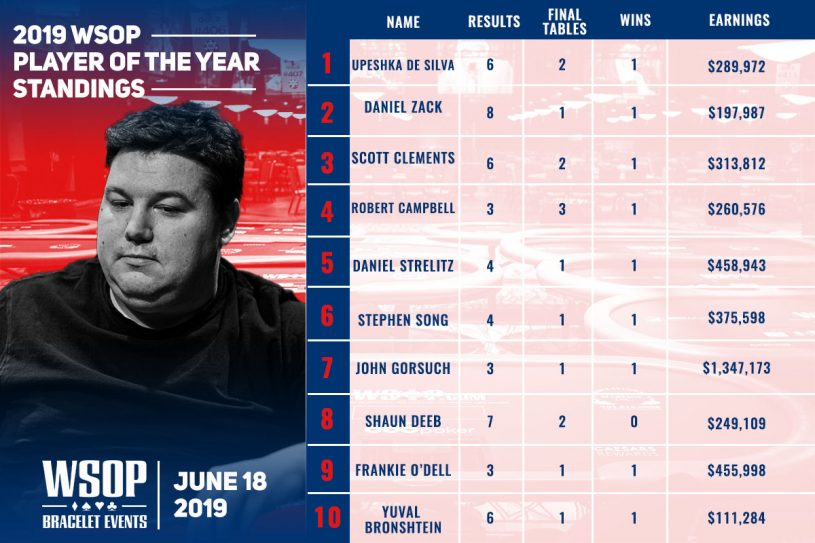 Shaun Deeb is within striking distance of the World Series of Poker Player of the Year lead.

A little over a week has gone by since we posted the most recent update of the 2019 World Series of Poker Player of the Year rankings and there’s a new name at the top: Upeshka De Silva. Dan Zack drops a few spots but remains in strong contention along with Scott Clements while Shaun Deeb surges up to add fuel to the fire that is his POY title defense.

With plenty of big Championship events left to be played, Shaun Deeb has surged into seventh place on the current standings. Deeb finished second in the $10,000 Dealer’s Choice event for $193,090 to Adam Friedman and along with six other cashes he’s now within one big final table of taking the lead.

To date, a total of 35 gold bracelets have been awarded without a double winner just yet. The player who came closest so far is Robert Campbell who took down the $1,500 2-7 Triple Draw after already having finished fifth in the $10,000 Omaha Eight-or-Better Split event and eighth in the $1,500 Dealer’s Choice.