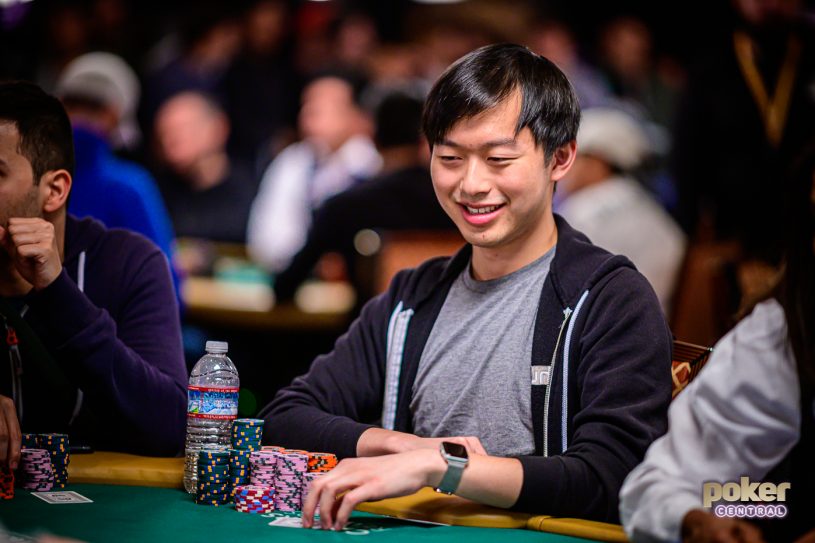 Day 5 of the WSOP Main Event saw a field of 354 players reduced to just 106 hopefuls in the marathon race for that $10 million top prize, along with poker immortality and the famous WSOP gold bracelet. There were bust-outs, blow-ups and several professionals riding rushes all the way to the top of the counts as this incredible tournament reached a pivotal stage. Let’s catch up on the action, or if you’d like to watch the on demand recap of the action on PokerGO, click here.

Su, who has already cashed at this year’s World Series of Poker, will go into Day 6 determined to do more damage, armed with a stack of chips that, one way or the other, could prove pivotal to the eventual destination of this year’s Main Event bracelet.

Su’s big hands were all-in encounters that weren’t for the faint-hearted. It took him a full five minutes to call a late shove from Yulian Bogdanov on an ace-high board that featured a king and a ten. Su’s call with king-seven for two-pair was correct, with Bogdanov holding just king-jack.  Earlier, on a king-high flop, Brian Yoon had committed his stack with king-queen, only to be called by Su’s pocket aces which held. It was Su’s day, but he will need to extend his run until the very end because the Main Event is a strange beast, and it refuses to be tamed by one amazing day at the felt.

THE MAGICIAN AND THE TWIN

Antonio Esfandiari is a name very familiar to WSOP Main Event fans, not least because ‘The Magician’ as he is known frequently commentates on the final furlongs of this great poker marathon. However, it might be that Esfandiari is unavailable for commentary for the final table – much like Nick Schulman when he won his WSOP bracelet earlier this summer – simply because he’s at the final table.

Though he lost some pots late in the day, Esfandiari at one point built up to over 8 million chips and goes into Day 6 of the Main Event with 6,630,000 chips. He is certainly looking in the mood for a deep run in this most famous of events. Hey, he said he’d feel like he’d failed if he doesn’t one day win this…could this be his best chance?

Another top pro with a great shout at the title is Sam Greenwood, who ended the day on 11,950,000 chips, having played fearsome poker for a lot of the day. With a blend of qualifiers, amateur hopefuls and professional players remaining in the draw, Greenwood’s high-level live poker experience could be key if he can make the final table.

Others weren’t so fortunate, with big names busting out in short order from the day’s starting field of 354. Danielle Andersen bit the dust, as did Galen Hall and Chance Kornuth. Joseph Cheong couldn’t last the day, while Mike ‘The Mouth’ Matusow left himself with plenty of spare time to record the next podcast on the rail.

Henrik Hecklen, Sejin Park, Adam Friedman and overnight chip leader Dean Morrone all exited before the end of the day too, along with NFL superhero Richard Seymour, who promised to be back upon leaving the stage.

If you want to watch Day 6 of the WSOP Main Event coverage on PokerGO, click right here.