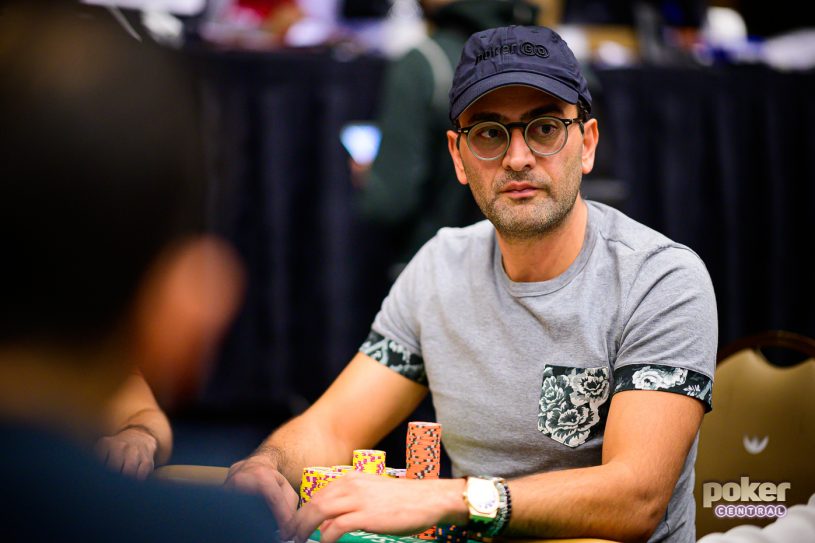 After four days of action, everyone still in the 2019 Main Event is looking at the last few prizes on offer. With big names, celebrity players and first-time qualifiers involved, we round up a dramatic day at the Rio felt. If you want to watch the highlights of a busy day at the felt, check out the recap only on PokerGO.

Coming into the action, Ryan Pochedly had busted in the final hand of the previous day’s play, meaning the remaining 1,286 players had all locked up a cash of $15,000. Once play got underway, there was a flurry of eliminations, as short-stacks had to get trigger-happy, with only a percentage of them surviving the gun-slinging period of shove-or-fold poker.

Just 354 players survived the day’s play, and at the end of the night, it was $100 qualifier Dean Morrone – who has the same amount in live tournament winnings to his name, $10,000, as the buy-in to this event – who had the chip lead with 4,980,000, almost a million clear of his nearest competitor and over 200 big blinds to play with on Wednesday’s Day 5.

Plenty of well-known faces and names did brilliant work on Day 4, with Antonio Esfandiari just one of them. ‘The Magician’ waved his magic wand yet again and ended Day 4 with 2,583,000. That was slightly less than the previous day’s biggest stacked player, Preben Stokkan, the Norwegian continuing his form to bag up 2.9 million.

CHAMPIONS BUSTED ONE AFTER THE OTHER

While some new names excelled, all three former WSOP Main Event winners in with a chance of making it two (or in Johnny Chan’s case, three) Main Event wins busted, meaning that there will be a first-time winner, the earliest this has been confirmed for some time.

Chris Moneymaker departed when he ran into Ron West’s set, and an open-ended straight draw failed to hit. Johnny Chan followed soon after when his made hand of a pair of eights on a six-high flop couldn’t hold against the flush draw of Eric Forelich. Finally, Qui Nguyen succumbed to Preben Stokkan when his pocket fives were behind Stokkan’s sixes and failed to catch up.

One of the most exciting bust-outs of the day came when the Italian player Dario Marinelli busted Jean-Robert Bellande. Bellande finished 415th for $30,780 due to a great read but a call that went dead against his own instincts. Faced with an all-in on the river with aces, he correctly guessed that Marinelli had flopped a queen to give his pocket ladies a set. When Bellande called and asked to be shown this hand, that was exactly what he got… and it cost him all of his chips to find out he was calling his way out of the tournament.

Here are the biggest stacks remaining in the Main Event.