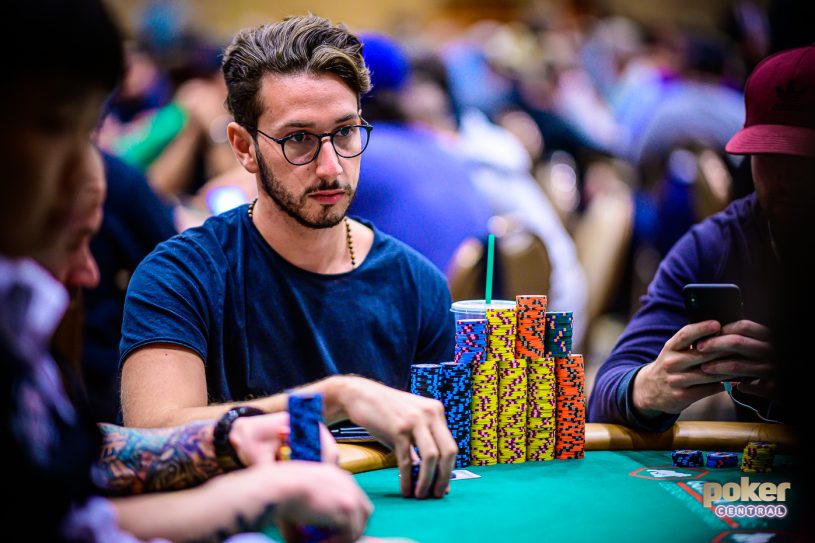 A bumper day of Main Event action saw the World Series of Poker gain yet more fans worldwide after 344 new registrations on the day saw the field of 8,569 declared as the second-largest in WSOP history. Only the 2006 WSOP Main Event has had more players in seats (and then only by 104 entries), with this year’s winner now confirmed to be receiving $10,000,000. With 1,286 people paid, how did the overall field get reduced down to just 2,880 overall remaining players?

With a huge day at the felt in the books, it’s Julian Milliard who bagged the chip lead on the day and overall in the tournament after he sat with 947,900 chips, a healthy pot shy of a million chips. Milliard won’t be earmarking the min-cash of $15,000 for finishing 1,286th or better, however, he’ll be after that $10 million, sitting way ahead of most players with a vast number of big blinds in play.

Plenty of champions made it to the next day’s action, with 2018 World Champion John Cynn defending his title admirably. Cynn bagged up 248,900, which was just under another former champion in Jim Bechtel (251,600). The man who opened the day’s action, Scotty Nguyen, will take his seat on Day 3, too, but may need help with just 17,500 to his name.

However, in even bigger news, Johnny Chan made the cut too, and with over a quarter-million to boot (232,500). Chan, known as ‘The Orient Express’ made light work of his opponents in a rush through proceedings, and being the last player to win back-to-back WSOP Main Events – in 1987 and 1988 – how fitting it might be for the man known to millions as “Johnny Chan, the master” to make the latter stages of this most prestigious of poker events.

OTHER LEGENDS FAIL TO MAKE AN IMPRESSION

After an excursion to Maccu Picchu in Peru and the Galapagos Islands, Phil Helllmuth made the latest entrance he could, and it was without fanfare for the first time in years. Sadly, Hellmuth’s play matched his entrance, and he left with little more than a whimper in terms of actually winning pots.

With an incredible $80,548,600 prize pool produced, who will grab the $10 million top prize? Day 3 begins tomorrow, and we’ll find out more about the narrative of the greatest poker story this year.

Get ready for all the Day 3 action right here, and you can watch a recap of the Day 2c action via PokerGO on demand right here.