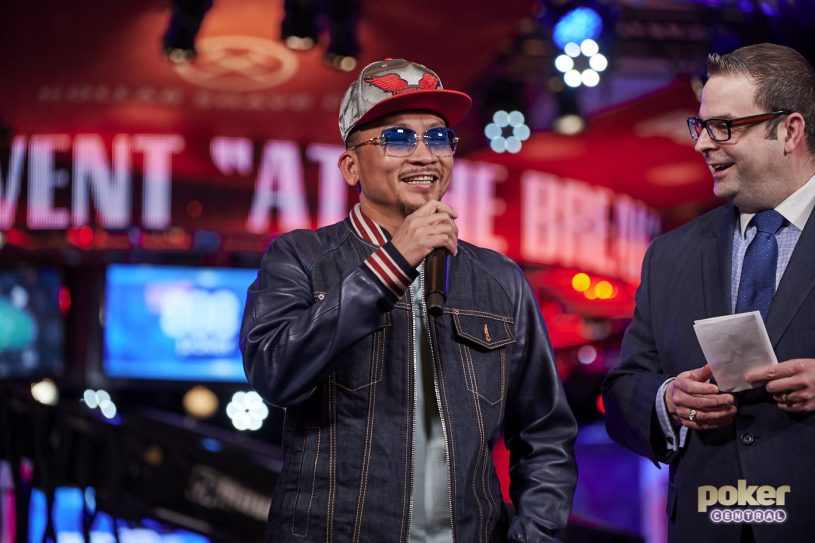 A blockbuster day of action was free of earthquakes and disqualifications, but full of drama as the World Series of Poker Main Event truly got going.

With around 100 players taking advantage of the late registration offer to sit down at the start of Day 2 with 60,000 chips, there were around 3,350 players in seats as the action kicked off. But that number dropped harder and faster than a flying shoe, as big names busted along the way.

The story of the day was undoubtedly the strong performance of Qui Nguyen, 2016 Main Event champion, who introduced the action and gave the players their traditional “Shuffle up and deal!” to kick-start the action. Thereafter, Nguyen went on a heater to rack up 602,400 by the end of the day, doubling his day-entering stack of 180,000 after flopping a wheel with ace-deuce to skittle a player holding pocket aces.

With over 1,000 players surviving the day, we’re still some way from the money, and these players will return on Monday. That’s because on Sunday we have Day 2c, with all the advancing players from the record-breaking Day 1c sitting down to the battle for a Day 3 seat. We can’t wait to see which stories develop, and you can bookmark the PokerGO action right here!