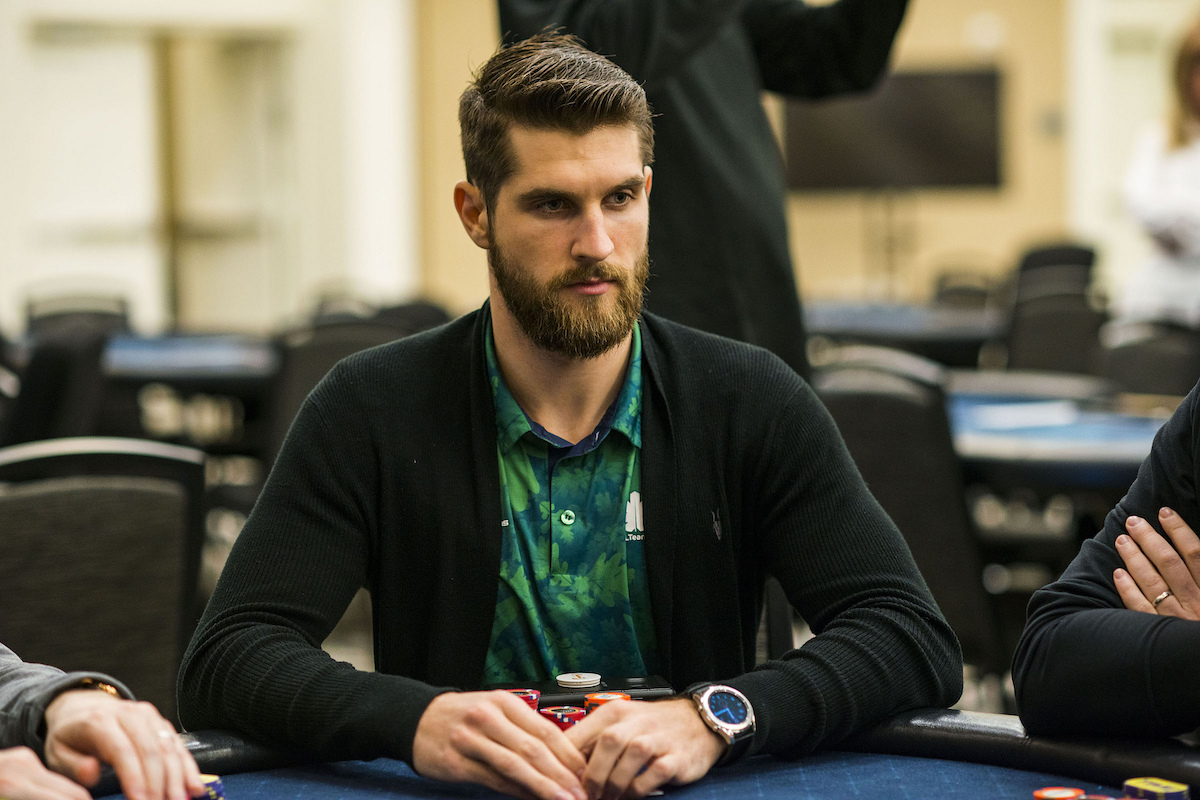 Matas Cimbolas has his work cut out for him at the LAPC World Poker Tour final table on PokerGO today.

With six players remaining, Matas Cimbolas is hoping history repeats itself as he looks to take down his second WPT Main Event title.

The Lithuanian pro Matas Cimbolas goes into Tuesday’s LAPC final table with high hopes of becoming a two-time WPT Main Event champion half a decade after his first triumph. He’ll have to take down Darren Elias to get there, but as we found out, he’s done that before.

Cimbolas is a huge fan of how this year’s LAPC has been held at the Commerce Casino.

“It was my first time at the Commerce. The WPT structure and tournament management as great. I think the best tournaments in the world are the WPTs around the United States, especially on the West Coast.”

Cimbolas might be the right man to appraise the World Poker Tour, indeed any tour. He’s dedicated his last six years to professional poker, and during the last four, has only ever traveled where there’s a poker tournament.

“Even when I’m not playing, I’m still talking about poker. But the game gave me such a good life traveling to different locations, so I can’t complain.”

With a very familiar set-up for poker theory study taking place in real-life on Tuesday, Cimbolas’ no limit tournament experience might stand him in great stead. One big chip leader in Darren Elias, followed by two well-stacked players in himself and David ODB Baker. Three short-stacked players make up the field. It’s a scenario he knows how to play.

“I have put a lot of time into poker, and I’ve played thousands of tournaments in my life. I will see how the chip stacks change during the final table,” says the 2014 WPT Nottingham Main Event winner, “At the beginning, I’ll be playing pretty tight against the other two big stacks. It would be ICM suicide to clash all-in with the same stack.”

With this knowledge in mind for all six players, how is Cimbolas planning to stop chip leader Darren Elias running roughshod over him when play begins?

“I’ll be trapping and check-calling with good hands. I’ll be hero-calling a lot because his range will be super-wide and he’ll be triple barrelling a lot. I’m not afraid to hero-call if I think I have the best hand.”

Darren Elias has, of course, four WPT Main Event wins to his name. But Cimbolas has prevented him extending that historic lead in the past. He intends to do so again.

“I stopped him from winning a fifth in Las Vegas at the WPT Tournament of Champions. I bust him once, I can do it twice.”

With Elias out in front with over 40% of the chips in play, how Cimbolas does against the player with just two more big blinds than him will be pivotal. The Lithuanian has a lot of respect for David ODB Baker.

“I’ve played with him a lot, but only in this tournament. He’s a great mixed game player and he’s been in poker for decades. I think he will be very mature and experienced as a final table player. He knows the ICM as well.”

Whatever the result on Tuesday, Cimbolas will bring about a landmark in his poker career, climbing above $2 million in live tournament cashes. He’s very proud of the achievement.

“It was my dream. I was just a student in Lithuania. I squeezed my budget really hard to survive and, eventually, I started making a little money. It’s been a dream the last six years. I still am dreaming.”

The commitment shown by players such as Cimbolas can’t be overstated. He believes it takes five years of complete dedication to become a successful professional poker player. He describes ‘non-stop playing, studying and discussing hands’ as key to his progress.

RISING UP THE RANKS

“You have to live and breathe the game and structure your life around poker. I need $400,000 [to come third] to pass second place on the Lithuanian all-time money list. I’ve been chasing this achievement for a long time.”

The only one of his countrymen who would be above Cimbolas is Tony G, someone who made money in poker in what was a completely different era. Cimbolas’ accomplishment in the modern age is arguably even more impressive. Coming into Tuesday, Cimbolas has researched the players he’ll face. He understands that knowledge is power within the game.

“Poker is an information game. Every step you can make forward gives you an edge against others.”

Cimbolas knows that the final step is the hardest to take, but he’s done it before and he’s hungry for his second title.

Here’s how the players will line up when the WPT L.A. Poker Classic Final Table resumes:

Why wait to subscribe, when the only way you can watch the WPT L.A. Poker Classic final table play out live on March 11th is exclusively on PokerGO? One way or another, poker history is about to be made.