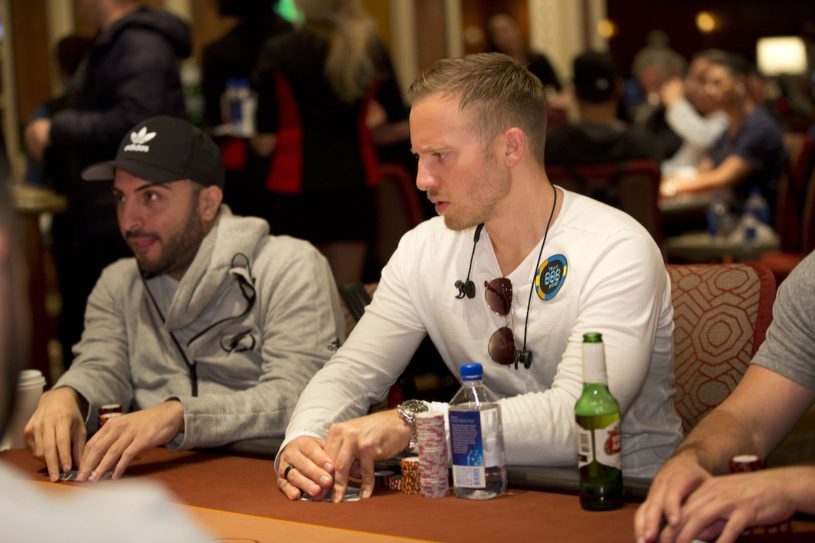 One of the poker calendar’s most exciting events kicked off on Tuesday at the Bellagio in Las Vegas, resulting in 697 entries creating the biggest Day 1 in the history of this event. Leading the way after 10 levels of play is Milos Skrbic with 205,500 chips while former World Series of Poker Main Event winners Martin Jacobson (186,400) and Joe McKeehen (160,500) aren’t far behind.

On a day where the poker world was buzzing with excitement over the return of the Super High Roller Cash Game inside the PokerGO Studio, the vibe inside the Bellagio was equally thrilling. With the poker room bursting at the seams, this event is now on track to beat last year’s record of 812 entries as late registration remains open until 5:15 pm on Wednesday. Last recorded 605 entries on Day 1.

Given its re-entry format, plenty of players opted to continue firing away after a rough start, but Jake Schindler, Dylan Linde, Nick Petrangelo, Chris Hunichen and WPT Champions Club members Dylan Wilkerson, Tony Dunst, and Art Papazyan called it quits after getting eliminated. These players still have a chance to return to the field today.

The more successful players on Day 1 can be found in the following overview of notable big stacks heading into Day 2.

Follow the World Poker Tour live updates leading up to the final table stream on PokerGO.