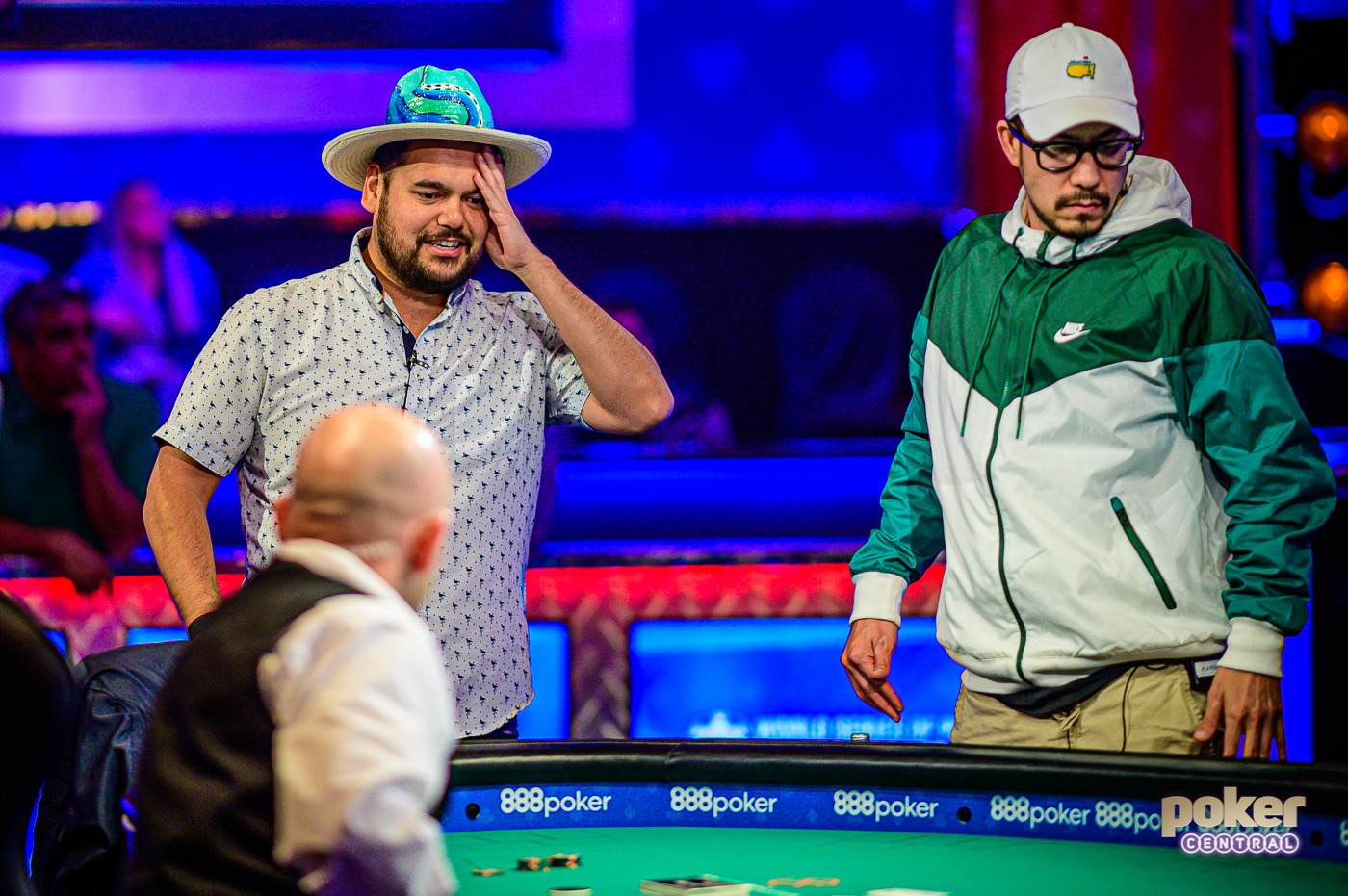 Bryce Yockey in disbelief after the biggest bad beat in poker history on the biggest stage.

The final table of the 2019 World Series of Poker $50,000 Poker Players Championship produced quite possibly the worst bad beat in poker history as Bryce Yockey saw a 99.843% hand turn into dust when Josh Arieh beat him on the final draw in 2-7 Triple Draw.

Nick Schulman coined the bad beat that Arieh put on Yockey, “The bad beat to end all bad beats,” before it happened and to fully grasp the situation you have to watch the clip.

Yockey started with the second strongest hand in the game, which has a 1 in 2,548 chance of occurring while Arieh needed three draws to beat him and make the only possible combination that would do so. A crazy detail about this hand is that the only path for Arieh to the winning hand was for him to make a straight first before he could draw to the perfect 7-5 low.

“This is the worst beat I’ve ever seen in a televised tournament,” Schulman said, as Yockey made his departure from the tournament in fourth place. Yockey collected $325,989 for his efforts after which John Esposito, Phil Hui, and Josh Arieh continued to battle for the $1,099,311 first prize. Watch the full final table of this event on PokerGO right now.

In the game of Limit 2-7 Triple Draw, the goal is to make the worst possible five-card hand without a straight or a flush. The best hand in this game, as shown in this video, is 7-5-4-3-2 followed by 7-6-4-3-2. In this game, there are three draws during which you can ask for as many new cards as you want.

Bad beats in poker are common and every player who’s played a game or two will have seen his or her aces disappear like snow in the bright Las Vegas sun when a king on the river gives your opponent three of a kind.

To provide some context on how crazy Yockey’s hand was, let’s draw some parallels with No Limit Texas Hold’em. Aces versus kings before the flop is an 81.06% favorite, a number that increases to 91.62% after a blank flop and 95.45% on the turn. Having only two cards to improve with the river to come is still a 4.55% chance of winning!

In an even worse scenario, the worst of two sets on the flop has 4.34% with two cards to come and that number is reduced to 2.27% with only the river left to make four of a kind. For some more context, winning with ace-king offsuit versus ace-king offsuit has a 2.17% chance but in that case, of course, you are 95.65% to casually split the pot!

Ever played so wild that you ended up all in with deuce-three offsuit against pocket aces? Well, you still have a 13.3% chance to win the hand before the flop! After a random flop where your only remaining winning outs are running cards, however, you have a 1.52% chance to win and even that is still a lot better than having just 0.16% as Josh Arieh did!

Click this link to see the Twitter conversation about this hand in which some big name poker pros chime in on how unlikely this runout truly was.

Want to watch more than 100 days of live poker every single year? Subscribe to PokerGO right now to ensure you don’t miss the next massive bad beat or million-dollar payout!