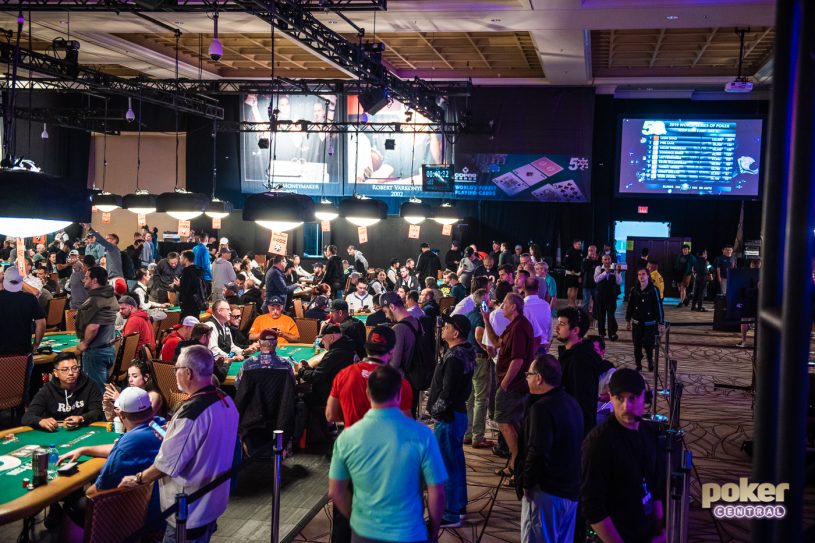 An earthquake struck at the Rio during Day 1c of the World Series of Poker.

A day after a 6.4 magnitude was felt in the Las Vegas area a much stronger earthquake rattled the World Series of Poker Main Event. During play on Day 1c of the biggest poker tournament of the year, an earthquake hit again in the Ridgecrest, California area, sending shockwaves through the Rio All Suites Hotel & Casino.

The earthquake struck in the penultimate level of play before the dinner break when more than 4,000 players were participating in the $10,000 No Limit Texas Hold’em tournament. Below you’ll find a collection of Tweets that were sent out by players that were in the tournament at the time of the earthquake.

Think we just had another earthquake at the Rio

Wow. At 7.1, the #earthquake we just felt was about 5x bigger and released ~11x more energy than the one yesterday 😮 https://t.co/SI5e2sNwLl

Huge earthquake in the middle of the main event! Holy shit that was scary!! pic.twitter.com/AXF6Og3uJY

Part of chandelier fell on my table in Brasilia pic.twitter.com/CukrOn7Z2T

When Earthquake happened, I was made huge bluff, unfortunately we fair, not a good time 🙁

This may be the only worthwhile bad beat story in the history of poker https://t.co/BEbtOKRRTd