You are here
Home > News > What if… You Won the WSOP Main Event? 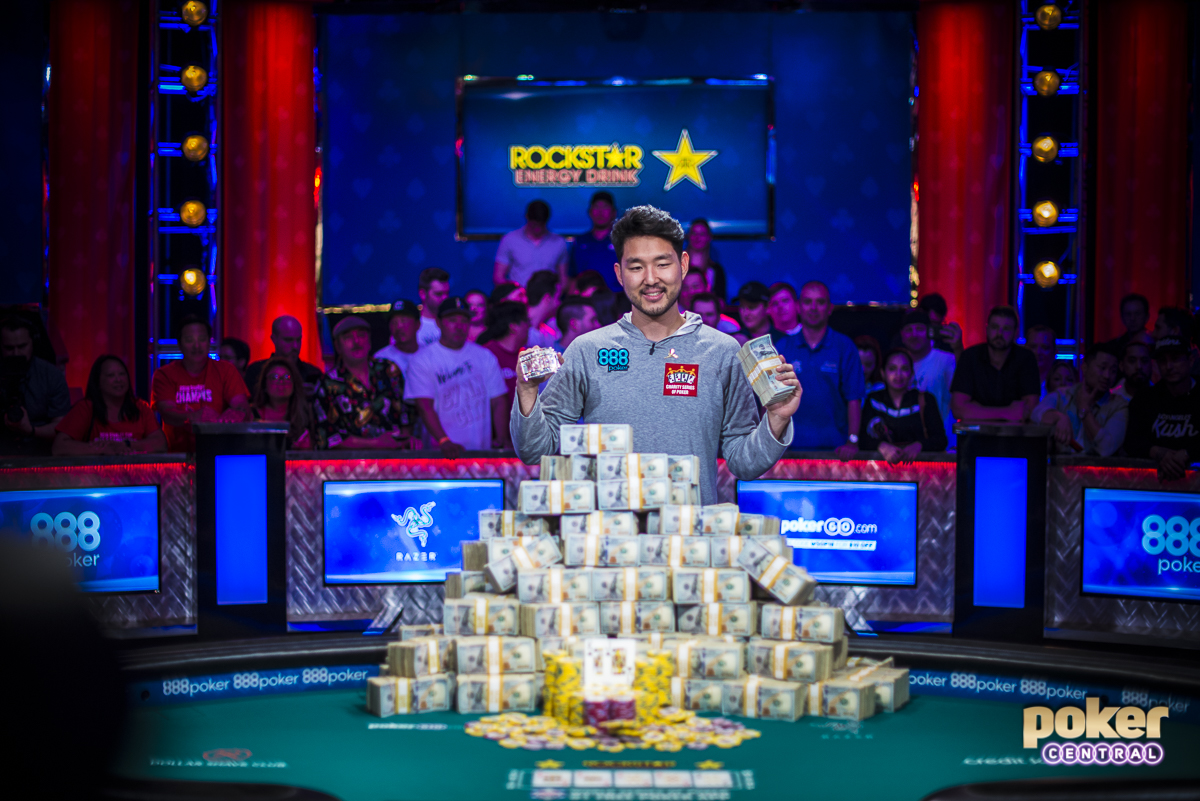 What would you do if you followed in the footsteps of John Cynn and become the 2019 World Series of Poker Main Event winner?

It’s every poker player’s dream to win the World Series of Poker Main Event. From Johnny Moss to John Cynn, 49 years of the greatest poker tournament in history have brought us almost half a century of classic action. This year, on the 50th anniversary of the $10,000-entry circus, could you become the ringmaster? If you did so, what could you spend the money on? What if you won the 2019 WSOP Main Event?

EIGHT FIGURES…BUT NOT IN THE BANK?

With over 8,000 entries expected, this year’s World Series of Poker Main Event is likely to provide a huge sum for first place, and it could well be that the WSOP decides to commemorate the anniversary with a round number. Last year’s winner, John Cynn, claimed $8.8 million for taking down the tournament with 7,874 players putting up the stack of high society.

Despite winning the title, Cynn only actually took home $4.9 million, definitely enough to eat take-out for a few nights in a row (OK, just over a millennium at an average cost per person’s portion of $12.50) but thanks to the IRS, a considerable amount less than the advertised top prize. Tax is also the reason that Ukrainian player Artem Metalidi took home more for finishing eighth ($1,078,179) than his Australian rival Alex Lynskey, who only banked $833,704 for coming one place higher.

START YOUR ENGINES OR BUY BRICKS?

One of the most common purchases poker players think of when they get that major tournament win is a new set of wheels. But which car could you afford? It depends on who you want to take after. If you were to buy a Mercedes Benz SLR McLaren like Phil Ivey, it would set you back anywhere from $300,000 up to many millions depending on which version you’re after. But if you are more of an eco-warrior like Daniel Negreanu, then the Tesla S Series that DNegs bought in 2018 will only set you back a cool $100,000 (vegan diet not included).

For the same price as the Ivey model, you, of course, buy a house. With the average price of a new home at $188,000 too, many sensible poker players have chosen to invest in property instead of a mode of transport. Last year’s winner, John Cynn could have bought a Chianti wine estate in Tuscany, a two-bedroom split apartment in Manhattan or even Isla Bonita in Brazil, the 19-acre island that Madonna once sang about. He’d just have to spend all $4.9m to buy any one of those properties.

The most ambitious of poker players don’t buy very much at all with their winnings, of course. They simply re-invest it at a higher level and try to win even more. However, this path may just be the most dangerous of them all. For every Justin Bonomo who rises up the ever steeper ranks of the Super High Roller circuit, there’s a Stu Ungar or Scotty Nguyen, players who were rumored to have lost double what the winner of this year’s Main Event will receive on July 16th.

Will it be you who holds aloft the 50th-anniversary WSOP Main Event winner’s bracelet? If it isn’t, then you can watch all the action by subscribing to PokerGO. With in-depth coverage and live streaming throughout, you’ll feel like you’re part of poker history wherever you watch the action from.