You are here
Home > News > WSOP Winner’s Circle: Four Champions Win Bracelets on Packed Day of Action at the Rio 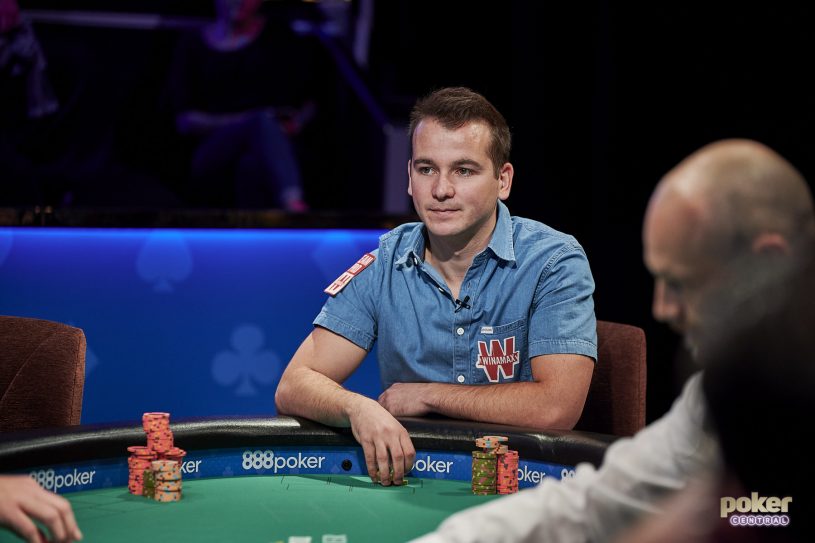 There were huge winners at the 2019 World Series of Poker on a fantastic Friday of action as the World Series handed out four bracelets and saw big stacks bagged in the $100,000 High Roller event.

Ivan Deyra won his first-ever WSOP bracelet and the third by a French player this World Series after triumphing in one of the tougher fields in both the event and final table in Las Vegas. With 671 entries, Deyra got the better of several experienced pros at the final table, including online wizard Patrick Leonard and Deyra’s eventual heads-up opponent, David Gonzalez.

With others such as Guillaume Nolet providing plenty of opposition to Deyra’s desire at the final table, the Frenchman would not be denied, however, and took down $380,090 for the victory, calling Gonzalez’s final all-in with a suited five-deuce with pocket kings. Kings rode home to give Deyra the victory and send his partisan rail crazy on the sidelines of the famous Rio stage.

KLOISTERMEIER IS KING OF PLO BOUNTY

Maximilian Klostermeier took down the $1,500-entry PLO Bounty event after he came into the final with an unassailable lead which he never looked like losing. Klostermeier won a whopping $177,823 for winning the four hole-card game, and collected plenty of bounties along the way, including his final scalp, David Callaghan.

With 1,130 entries overall, Klostermeier’s victory included a triumphant final table performance against players of the quality such as Bryce Yocket, Ryan Lenaghan and Jason Stockfish.

James Anderson became a bracelet winner by taking down the prestigious Little One for One Drop on Friday night, taking the top prize of $690,686 back to Pennsylvania. The $1,111-entry tournament (which donates $111 per player to the One Drop charity foundation) saw Anderson triumph over a field of 6,246 and the Brazilian player Fernando Karam heads-up.

Play on the final table was taking place on an unscheduled ‘extra’ day saw a lot of action in the first few hands, with Fernando Karam going into the day as chip leader. With players such as Liran Betito falling just short in 4th place, but still cashing for $236,151, Anderson’s victory may not have come as a surprise (he’s already got over $2 million in winnings) but in adding $690,686 to his poker resume, it was the bracelet that meant so much to him.

Shankar Pillai took down the 185-entry, $1,500-entry Bracelet Winners Only Event with a well-earned victory against one of the toughest opponents he could face in this exclusively-decorated field of former bracelet winners, taking home $71,580 in the process and beating a highly-experienced player heads-up.

Michael Gagliano was the man who ran Pillai closest, although both men were keen to preach modesty on social media following the event.  After a 12-year ‘drought’ (filled with plenty of other victories), Pillai won his second WSOP bracelet, the previous one being won back in 2007 and worth half a million dollars in a  $3,000 No-Limit Hold’em event.

No-one minds another WSOP bracelet win, however, and Pillai will enjoy seeing his name top of the counts once again in Las Vegas and at the Rio All-Suite Hotel & Casino.