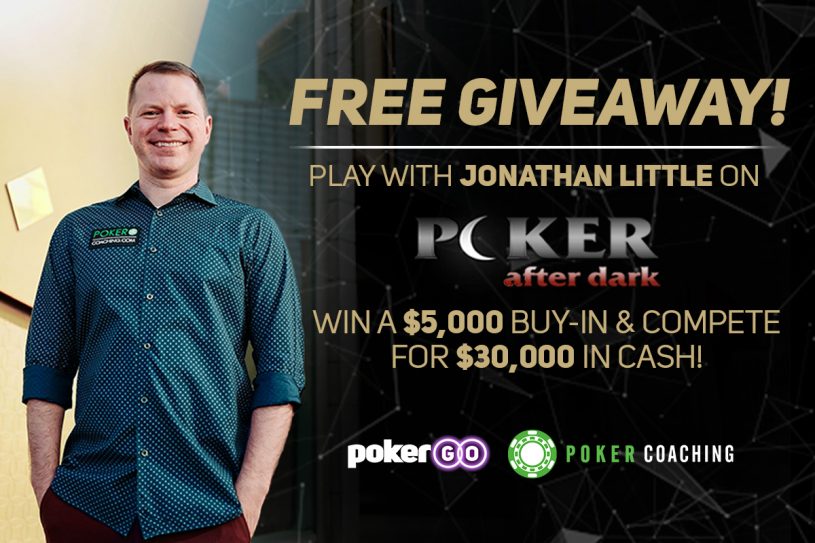 New episodes from Season 12 of Poker After Dark air every Monday at 8 p.m. ET, and this upcoming week will see the debut of two-time WPT champion Jonathan Little playing on One Bourbon, One Shot, and No Fear and Lesson Learned.

PokerCoaching is giving players an opportunity to join Little on Poker After Dark by winning a $5,000 buy-in to compete for $30,000 in cash in a sit-n-go during Season 13.

To enter the free giveaway all you need to do is enter your email address at the above link. There are also additional ways to unlock extra entries such as referring friends and following PokerCoaching on Twitter. The competition closes on July 31, 2021, and the winner will be announced shortly after with a guaranteed seat on Poker After Dark alongside Little to compete for $30,000 in prize money.