You are here
Home > News > Will Phil Hellmuth Win His 16th Bracelet at the 2019 World Series of Poker? 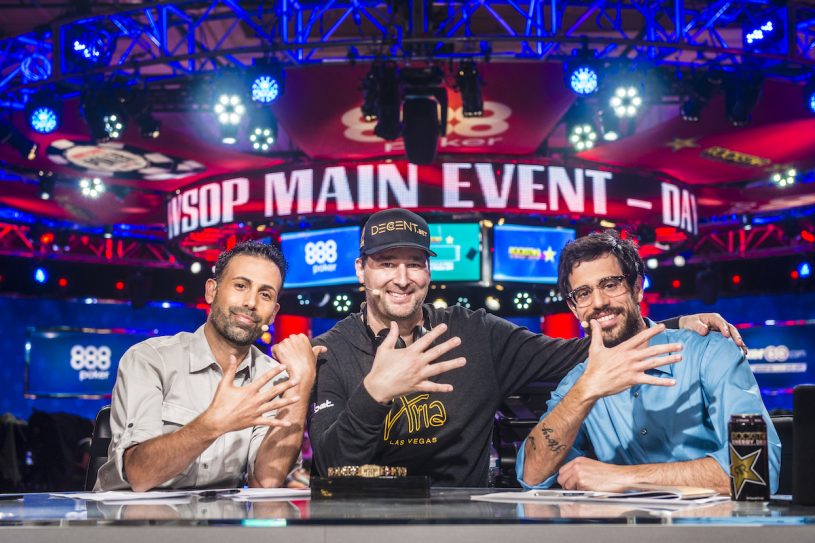 Phil Hellmuth and the World Series of Poker go together like beer and potato chips, like the rubber and the road. For three decades, Hellmuth has averaged a WSOP bracelet every other year. This year, on the 50th anniversary of the world’s greatest poker festival, The Las Vegas legend will aim to add to his already-record-breaking haul of 15 gold WSOP bracelets.

With Hellmuth sure to fire hard in almost every event, can he add to his list of honors? Here’s what Hellmuth has already won at the World Series of Poker.

If there’s one thing we can expect at the start of July, it’s that Phil Hellmuth is bound to arrive in style for the 2019 Main Event, which takes place 30 years after his first WSOP Main Event victory. From being hailed into the cardroom as Julius Caesar to arriving in a racing car (that he crashed into external lighting), Hellmuth knows the art of showmanship almost as well as he knows tournament poker. But what else can we expect from the brat this year?

After last year’s blow-up against much-loved firefighter James Campbell resulted in a ton of abuse, followed by Hellmuth’s ‘mea culpa’ moment when he apologised by buying Campbell into this year’s Main Event. That act of retraction gave Hellmuth positive momentum which meant he won his first bracelet in three years, so can we expect more of the same this year?

Why not prepare for this year’s WSOP adventure by watching Hellmuth’s episode of Pokerography on PokerGO. You can access exclusive poker content around the clock by subscribing to PokerGO today!