You are here
Home > News > What If… Phil Ivey Hated Casinos and Only Played Poker? 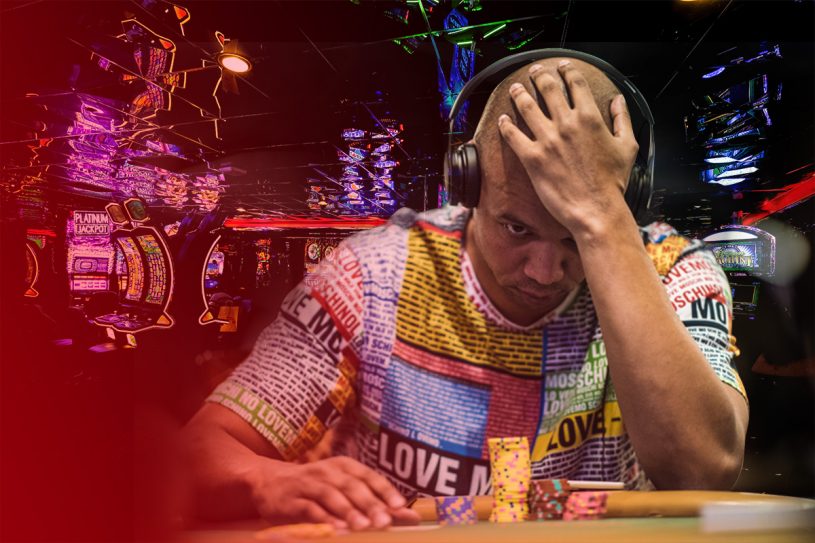 Phil Ivey has not played much poker lately, but what if that was his only focus? Would it have changed his legacy?

Widely respected as one of the best, if not the best player to ever play the game, Phil Ivey sits 12th on the all-time money list for tournament poker winnings, sitting in the Top 10 from November 2005 through last month when he got bumped down a few spots, and in 2010 he lead the way for most of the year. He’s won over $26.5 million in tournaments alone and has ten World Series of Poker bracelets.

It was over two decades ago that Phil Ivey began playing poker. Armed with a fake ID and no obvious need to eat or sleep, ‘No Home Jerome’ as he was known lived at the table. Ivey was obsessed with the game of poker to such an extent that he was a permanent fixture in the early years of poker’s second era.

Having missed poker’s formative years of the 1970’s and 1980’s, Ivey was born into an era where his late 20s coincided with the poker boom. He was already great at the game before Moneymaker sent poker into the stratosphere and must have been rubbing his hands together to see more money enter the game. He would rake in so much of it.

Focused almost entirely on pressing his ‘edge’, Ivey hoovered up titles and accolades in equal measure. Between 2000 and 2005, Ivey scooped up five WSOP bracelets, three in the year before Moneymaker’s win.

Despite not winning the Main Event, Ivey was synonymous with winning at poker. Having worked at a phenomenal ability to read other players, Ivey conducted very few interviews and largely stayed out of the limelight. His private life stayed behind closed doors and his poker game rose to the fore.

If Phil Ivey didn’t gamble, you might say, then surely he couldn’t play poker? But poker is a skill game, even if there is luck involved. Ivey’s mental acuity at the felt is legendary.

Ivey has raised players out of their comfort zone, trapped others, and both bluffed and called off bluffs in such style that others have labeled his gifts God-given. ‘Who do you think you are, Phil Ivey?’ was called out at the poker felt throughout the previous decade at home games and during poker games played on sticky bar tables.

Measured, with a fine temperament and eerie discipline around his play, in some ways, Ivey is the greatest evidentiary embodiment of poker skill rather than luck that there is.

But then, evidence has hindered Ivey as well as helped him.

THE CASE FOR THE PROSECUTION

In 2012, Ivey was accused of ‘edge-sorting’ to win at the game of Punto Banco at London casino Crockfords. Quite apart from the ramifications of this on his time and money (Ivey lost the case and subsequent appeals), the impact on his poker career was notable.

In the years since the court case, Ivey has only won one of his ten WSOP bracelets.  He certainly played less World Series of Poker events than in previous years, disappearing almost completely from the scene in recent years until a return in 2018.

CREDIT WHERE IT IS DUE

Is it perhaps harsh to say that Ivey would be regarded as a better player if he quit the table games? Or what if he never even got lured into playing them in the first place? How much of Ivey’s legacy are we missing out on because of his appetite for a quick thrill? Ivey has won half of his ten WSOP bracelets within the last decade, albeit with no victories in bracelet events since 2014.

Although the former ‘No Home Jerome’ has made every poker room his home, he hasn’t played the number of tournaments that he used. Is it age or competition that keeps him away? None of his ten WSOP bracelets came from winning events with 500 or more runners.

Phil Ivey knows that his poker skill alone is enough to make him a contender in any poker game in the world. But does he have the appetite to win titles that he once did? Was the burning desire of his younger days down to youth and comparative poverty?

In this day and age, at his rarefied level, Ivey would have to study for hours upon hours to keep up with the discipline shown by players such as Dominik Nitsche, Justin Bonomo, and two dozen others who are battling at the highest level. But is that what prevents him from playing more and on a consistent level?

If Ivey focused solely on poker tournaments, would he be a success? Whether he needs to be is a difficult question to answer. We see $26.5 million in tournament earnings and forget that poker players need to part with money to sit down in their job.

Ivey could need the money, but it is far more likely that if he returned to a full schedule of three tournaments a month and a full World Series of Poker that he would be doing so out of love for the game. Despite his achievement, his enigma, the possibility of the enduring legacy he would guarantee by overtaking Phil Hellmuth’s 15 bracelet record, what counts is the glory.

It’s quite possible that glory is just something we – the fans – just love talking about and assigning to his accomplishments and motivation because if recent history indicates anything it’s that Ivey is more concerned with the most exciting way to win money.

If Phil Ivey really does come back to playing poker at his optimum level, we might be asking What if he can make it twenty in just a couple of years’ time. Because Ivey, in no matter what poker era he plays, really is that good.

Want to catch up on Ivey’s previous glory? There’s no better way than tuning into his appearances on Poker After Dark. You can watch all seven season 24 hours a day, 7 days a week by subscribing to PokerGO now.