You are here
Home > News > What if Dan Bilzerian Became a Poker Tournament Grinder? 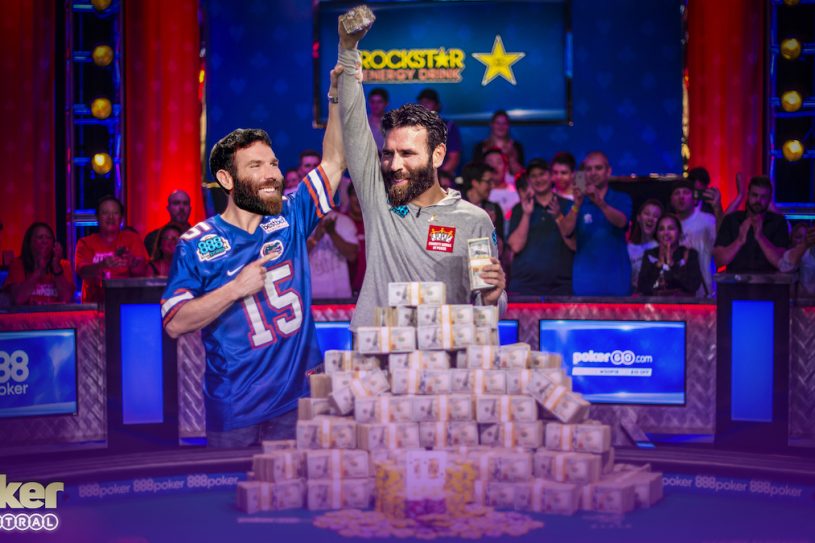 The poker world is not short of characters. From epic tournament titans like Jason Koon and Stephen Chidwick to poker legends such as Doyle Brunson, there’s never been a better time to be a poker fan. With 24/7 access to the game on PokerGO, poker is all about tuning into the action as it happens, but where the heck has Dan Bilzerian – arguably the most famous poker player in the world – been?

Bilzerian remains a perennial favorite of the Instagram generation and a professional poker player who garners more interest than most through his flamboyant lifestyle and the mystique surrounding his poker play and wealth. But what if recreational high stakes poker player Bilzerian were not to dip his toes in the water but dive right in the deep end of poker? What if… Dan Bilzerian became a tournament poker player?

It’s easy to see how it would play out. Bilzerian has tournament experience – most notably a deep run in the 2009 World Series of Poker Main Event – and while he obviously has a fair amount of skill, let’s speculate on what could’ve been if he had decided to give it a real shot on the circuit.

Bilzerian’s legend is already as full as his beard, and to add to it, he’d have to be successful, which means he’d seek out the best. Putting in the hours at Bobby’s Room, Bilzerian would soak up the moves from players such as Texas Dolly, Phil Ivey, and Daniel Negreanu. But he’d save mentorship to one man, and one man only.

Given their epic combination of confidence, it’s only fitting that Bilzerian will start working with the only mentor that would stand up to him with the results to back them up: Phil Hellmuth. They’ve both got access to the hottest tickets in town from rinkside seats at the Golden Knights to courtside at the latest NBA game, Hellmuth would take Bilzerian under his wing. If anyone can let Bilzerian know exactly how far to push tournament entrances, it’s The Poker Brat.

Bilzerian would attract a huge fanbase, not just live in casinos across North America such as ARIA Resort & Casino, The Rio, and Playground Poker Club, but online too. Registering under the name PayDaBillz, the Armenian American would immediately cause a spike in nosebleed online action as he would spend countless hours surrounded by his usual female fanfare on Bill Perkins’ boat in the Carribean.

Bilzerian’s trajectory to poker success would obviously not come without its ups and downs as Viktor Blom, Gus Hansen, and Patrik Antonius would just be some of the names ready to take him on at the highest stakes.

Online poker numbers, naturally rising again, would skyrocket, and President Trump would have no option but to immediately repeal Black Friday and UIGEA, opening poker back up to the masses in a way not seen since an accountant named Chris Moneymaker pondered whether to play a $38 satellite instead of ordering takeaway.

“I either go big or go home,” Bilzerian would declare on the eve of the World Series of Poker in 2020.

Seeing the WSOP make its debut a the convention center at The Linq, Bilzerian would be the brand ambassador, potentially even part owner and definitely competitor at the biggest series of the year if he so chose to. We’re going to pencil in the King of Instagram for a bracelet in a $100,000 High Roller event before embarking on a massive run in the 2020 WSOP Main Event.

As he wins the 2020 Main Event, he wins the 2020 Main Event, Bilzerian would spark a poker boom the like of which the world has never seen. Casinos all across the world would report increased traffic both online and live, as the man with the money, muscles, beard, and more women than one man can handle would definitively make poker cool again. Dan Bilzerian will make poker cool and once he’s done everything he can within this space and with this platform, only time will tell before he gets bored and takes on politics. It would come as no surprise that given the current political climate, Blitz would be a front runner for whatever election he inserts himself into.

President Bilzerian? Don’t bet against it!

You only pay once for a whole year’s subscription to PokerGO. Why not sign up today and guarantee yourself the best seat in the house for exclusive documentaries, more than 100 days of live poker action every single year, and archive Poker After Dark and World Series of Poker drama? It’s what Dan Bilzerian would do if he ever decided to Get in the Game.