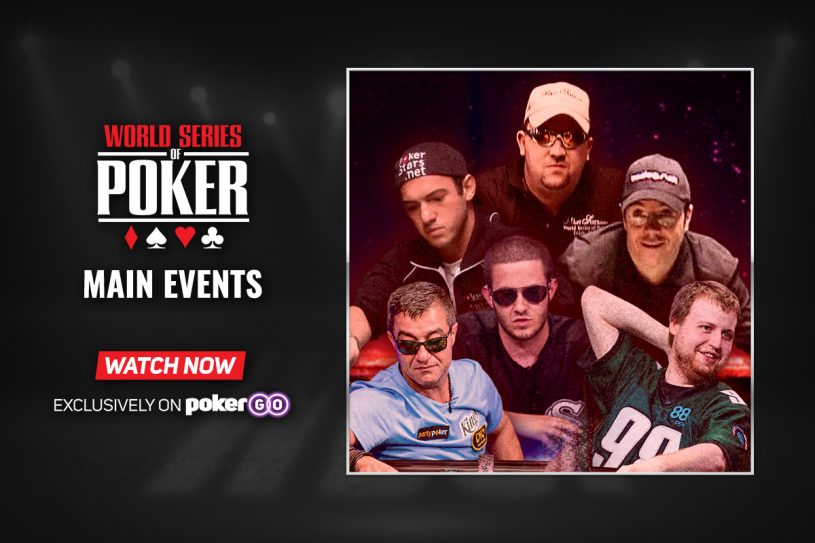 The World Series of Poker (WSOP) has been the pinnacle of all poker tournament series since it was held in 1970 when Johnny Moss voted the best in the world by his peers that included Doyle Brunson, Sailor Roberts, Carl Cannon, Puggy Pearson, Crandell Addington, and Amarillo Slim Preston.

From that year on, a freezeout tournament has been held to decide who the World Champion is as the size of the Main Event, and events on the WSOP schedule have virtually grown each year. Jamie Gold won the biggest Main Event in 2006 when 8,773 players entered, while the 2019 WSOP would see a total of 90 WSOP bracelet events.

With the WSOP continually expanding, the coverage of events has also continued to grow. The WSOP Main Event was always aired episodically, and from 2008 to 2016 the final table was played on a delay so that viewers at home could watch all the episodes leading up to the completion of the final table in early November. From 2017 on, the November Nine concept was scratched and the final table played out as normal. Coinciding with the launch of PokerGO, the WSOP Main Event and many bracelet events were live-streamed so that players and fans could follow along with more coverage than ever before.

Consequently, with lengthy live-streams now available, WSOP Main Event episode totals were reduced with coverage starting later in the tournament instead of from the opening day like in years past. However, plenty of action from the WSOP Main Event is still available to be watched, and they can all be found on PokerGO now.

PokerGO is continuing to roll out WSOP footage from previous years with upcoming releases including WSOP bracelet events such as the Big One for One Drop and Ante Up for Africa. Also on the release calendar is the WSOP National Championship and WSOP Global Casino Championship, along with the WSOP Asia Pacific. There is also hope that some of the past WSOP Main Events will eventually be restored and available to watch on PokerGO.

For those looking to get their WSOP Main Event fix, then look no further than the PokerGO WSOP Main Event Viewing Guide that is outlined below. It houses all the relevant links for each WSOP Main Event that is available on PokerGO including a summary article, a link to the Top 5 Hands video on YouTube, or the relevant Run It Back with Remko video. So what are you waiting for? Watch your favorite WSOP Main Event now, or head to PokerGO to watch more of our extensive collection of poker tournament replays or documentaries.

The WSOP Main Event was broadcast on ESPN and is now available on PokerGO. Select your favorite year from the overview below and start watching right now.