You are here
Home > News > Watch Out For The Foreigners! Who to Watch at the 2019 World Series of Poker 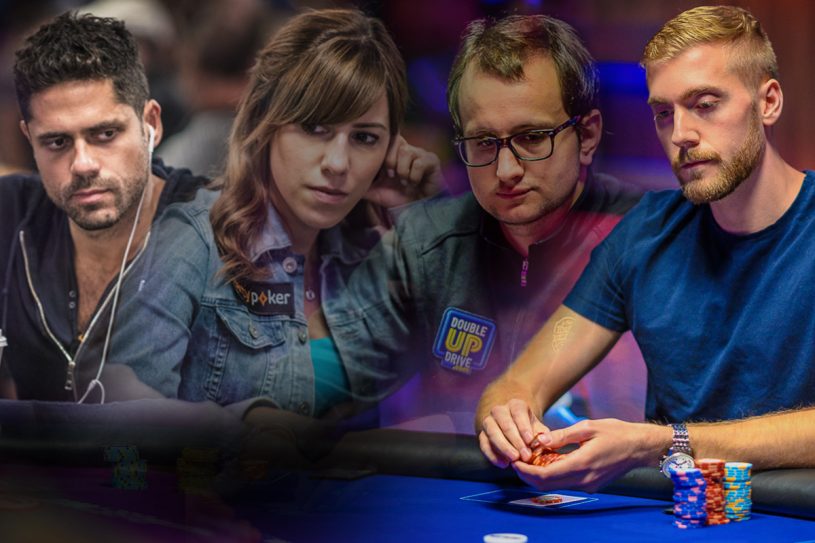 Benjamin Pollak, Kristen Bicknell, Rainer Kempe, and Manig Loeser are just some of the foreign players to keep an eye on this summer!

During the past half a century, the World Series of Poker has changed a lot. From a single tournament populated only by American players, the poker festival of the year now encompasses 89 events that players of all nationalities will play. With foreign players an essential part of the popularity of the WSOP, we preview six of the best who will be hoping to walk away with a bracelet during the 50th-anniversary celebrations.

With over $17m in the bank from tournament poker alone, the Spaniard who will turn 25 at this year’s World Series already has three WSOP bracelets, including one which he claimed while he was only 20 years old at the 2013 World Series of Poker Europe. While that won him €1 million, he would add two more six-figure sums to his WSOP legend on America soil. Mateos won the $1,500 Summer Solstice tournament in 2016 and followed it up the following summer by taking down one of the most prestigious events, the $10,000 No Limit Hold’em Heads Up Championship, for $335k.

Everyone’s favorite poker player on Twitter, Farrell flies the flag for Scotland and will be looking to go one place further than two runner-up finishes in WSOP bracelet events. Farrell came second to Sandeep Pulusani in the 2013 $3k No-Limit event and followed that up three years later in 2016 by repeating his runner-up result, losing heads-up to Safiya Umerova in a $1,500 Shootout event.

The 30-year-old German will be looking for his maiden WSOP bracelet, but is one to be feared at the felt, with eight six-figure or better cashes in the last two years. With $10m in live tournament winnings, he may be a great bet to open his account this summer.

Despite having double his compatriot Loeser’s winnings, Kempe is another who has zero WSOP bracelets on his shelf/wrist/custom-built bracelet stand (where do WSOP winners store their jewellery?). Tipped by Phil Hellmuth to be one of the players of the summer, Kempe will be going all out for glory not just at the WSOP but in the Aria High Roller series.

The 2018 US Poker Open champion Benjamin Pollak will be looking to add to his $12m in tournament scores this summer, and after finishing 3rd in the 2017 WSOP Main Event, will be one to watch at any final tables.

He’s yet to win a tournament of any kind in America, but the Belgian pro is in tremendous form, with nine cashes in 2019 alone, to the tune of almost half a million dollars. While that’s not quite enough to enter every single tournament, it’s not far off, so Lybaert might feel like he’s freerolling in fine form. Dangerous.

The back-to-back GPI Female Player of the Year already has two bracelets, with wins in 2013 and 2016, so she’ll be hoping to bring up the treble in 2019. Canadians have been severely hurt by tax increases that mean they’ll not take home any more than 70% of their winnings and the World Series may be hit by Canadians simply not turning up to play in huge numbers. Bicknell, a partypoker Pro, will definitely be trying to add to her jewelry collection.