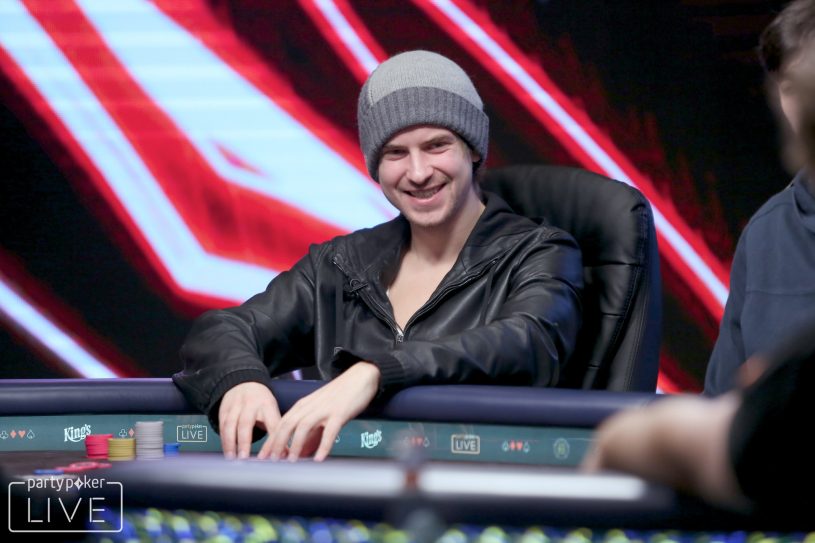 Viktor Blom is the SHRB Online Series leader after a big string of results on Tuesday. (Photo courtesy of partypoker)

Online poker legend Viktor Blom has established himself as one of the top contenders in the Super High Roller Bowl Online Series notching up a win and a second-place on partypoker last night. Blom was outlasted by Dan Smith in the $25k which was streamed live on PokerGO while taking down the $10k event at the same time beating Christoph Vogelsang heads up.

Relive the entire final table on PokerGO right here. Check out the full results and standings of the SHRB Online Series right here.

About yesterday’s big final table, commentator Jeff Platt said the following, “When Dan Smith flopped quads to bust Orpen and get us to our final table, we knew we were in for quite the performance and “Cowboy” Dan didn’t let us down. Smith’s performance could simply be described as dominant but the man he beat heads-up for the title leads the race for the SHRB Online Series. Viktor Blom is that name at the top of the leaderboard and given his online resume we couldn’t have wished for a better start of the series!”

Event #7 was won last night by Luuk Gieles from the Netherlands who bested a field of 90 players to grab the $234,000 top prize. Gieles beat George Wolff heads up and Ali Imsirovic finished third for his first cash of the series. In Event #9, Blom was victorious collecting $213,750 as Vogelsang finished runner-up. George Wolff also made this final table along with Kristen Bicknell who now sits 11th on the leaderboard.

Matthias Eibinger leads today’s PokerGO final table which kicks off at 3:00 pm ET with $622,634 up top for the winner. The field of 72 entries in this $25,000 No Limit Hold’em event is down to 8 players who are all guaranteed to take home at least $65,445. Among the contenders today we also have Wiktor Malinowski, Ali Imsirovic, Justin Bonomo, and Artur Martirosian.

Eibinger also leads Event #10 with $240,860 up top and six remaining players. In this event, the Austrian pro will go up against Vicent Bosca, Luuk Gieles, Wiktor Malinowski, Nick Petrangelo, and Mike Watson. The final table of Event #12 is lead by Seth Davies over Ludovic Geilich and Luuk Gieles. Gieles has made the final tables of two events and he looks to jump towards the top of the standings with a big showing today. Both these events can be followed via the partypoker client and start at 1:00 pm ET.