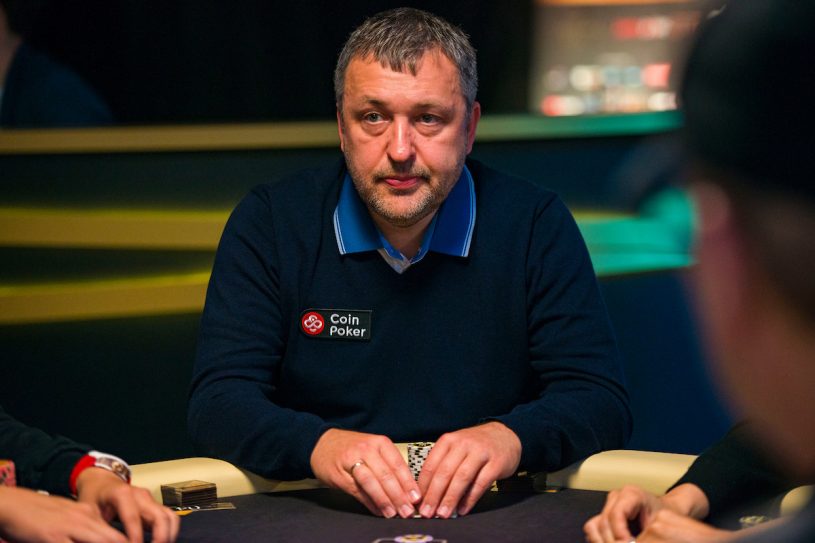 Tony G made his presence felt at the Triton Million but his kings were no match for Bryn Kenney's ace-jack. (Photo: PokerPhotoArchive/Joe Giron)

The Triton Million final table is set and we’ve gathered the funniest and best moment from Twitter for your entertainment! Last night we ran through all the Day 1 social media activity which you can find here and on a more serious note, the actual play can be relived here.

With just eight players remaining and Vivek Rajkumar holding an immense chip lead over the remaining players that include Stephen Chidwick and Bryn Kenney.

Mike Gorodinsky is a former $50,000 Poker Players Championship winner with a long resume in the game but even for him the No-Limit Hold’em action on display during the Triton Million is of levels he can only dream of.

I’ve watched more or less every second of this Triton tournament the last 2 days and man, these guys are so outrageously good at NL holy shit. So many of the lines are so far over my head I can barely even think about them competently.. it’s just a joy to watch.

Fans of hockey will understand this, as its professional players are known for this specific style of giving an interview. Timothy Adams and Sam Greenwood are good Canadian boys doing their thing but sadly things didn’t work out for the latter as he didn’t make the money.

No Cash for Rob

Rob Yong battled hard and left it all on the line but sadly for him, the Triton Million ended prior to the money. Here’s his update after busting the tournament.

BUSTED. Amazing tourney ⁦@tritonpoker⁩ £1M & honour for ⁦@partypoker⁩ to sponsor charity event raised £2.7M.Gulf between super pros & most of us normal guys is what scared me most -didn’t believe ⁦@Andrew_Robl⁩ ⁦@paulphuapoker⁩ on the skill difference 🙈 pic.twitter.com/0JStfmqLM7

Tony G was well on his way to making the final table when he ran pocket kings into the ace-jack of Bryn Kenney. G, despite the major disappointment, took it in stride and was all smiles moments later.

Out 20th of @tritonpoker Million – my kings got cracked by AJ – sick – upset, will give poker a rest for a while – we live to fight another day. Enjoy life and focus!#poker #tournament #London pic.twitter.com/Y6IfA9Htkk

The Life of Vivek

Vivek Rajkumar doesn’t come out of the woodwork often but when he does he mashes! A former WPT champion, Rajkumar has been dominating the Triton Million and he’s going to be one of the favorites at the final table tomorrow!

who's an absolute legend and a great guy.