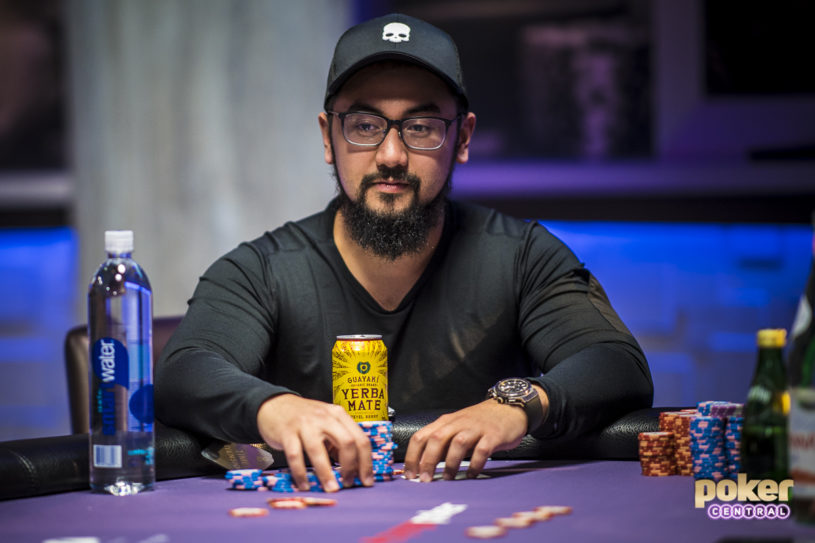 During yesterday’s Super High Roller Cash Game with a $50,000 minimum buy-in, it was reigning World Poker Tour Five Diamond champion Ryan Tosoc who made a big splash. In just four hours Tosoc ripped through the table and nearly quadrupled his investment.

As Tosoc left the table after the second break to take his seat in the WPT Five Diamond Main Event to defend his title, we caught up with him to talk through an exciting few hours during which he squared off with Andrew Robl, Matt Berkey, Garrett Adelstein, Isaac Haxton, and others.

“I loved it,” Tosoc said with a big smile indicative of his success, “You have to pick your spots wisely in this lineup because otherwise, they’ll eat you up.”

Tosoc got his entire stack in the middle within the first few hands versus Andrew Robl, but a clash with ace-king versus jacks for six figures resulted in a chopped pot after running it twice.

“I don’t usually play big No Limit cash games, but this month I’ve been playing surprisingly enough. In that hand, I felt a bit cheated because I really felt like I was going to win it both times,” Tosoc laughed.

Despite having played a lot of high stakes games along with plenty of tournament success, Tosoc still gets a major adrenaline rush at the table when the money goes in. The money went in, stayed in, and was pushed to Tosoc in one of the most exciting hands of the night when he made a flush versus Matt Berkey on the river. Watch the hand in the Tweet below and keep reading to find out Tosoc’s thoughts as it unfolded.

The first six-figure pot of the #SHRCashGame goes to @RyanTosoc!
Can @berkey11 battle back? Watch LIVE on PokerGO to find out!
▶️ https://t.co/5rUlItuiNK pic.twitter.com/KTyiNbpfxX

“I was going to bluff the turn, but I turned some equity when I hit the four,” Tosoc said.

“The four was nice for my hand so I check-called. On the river the nine of hearts hit and to protect for when I have a hand like jack-ten or ten-eight, which is my favorite hand, I sometimes need to be aggressive with certain hands and this is one of them.”

“We block pocket fours, and that along with overpairs is kind of what he represents. I figured I have the best hand a large portion of the times and just went for it.”

“I ran very pure in this cash game, I made some sets and had big pairs, but I’m always going to be a PLO player first. I prefer that when it comes to high stakes cash games.”

Tosoc left the PokerGO Studio with a huge smile and looks to continue to battle at the highest stakes when the right opportunity presents itself.

“Today went way better than expected. I just came here to have fun and make a little bit of money, but we made some big hands in key spots.”

Relive Day 1 of the Super High Roller Cash Game on PokerGO right now. Tune in at 6pm ET today for the second night of action as Doyle Brunson and Gus Hansen headline a $3,000/$6,000 10-Game mix live from the PokerGO Studio.