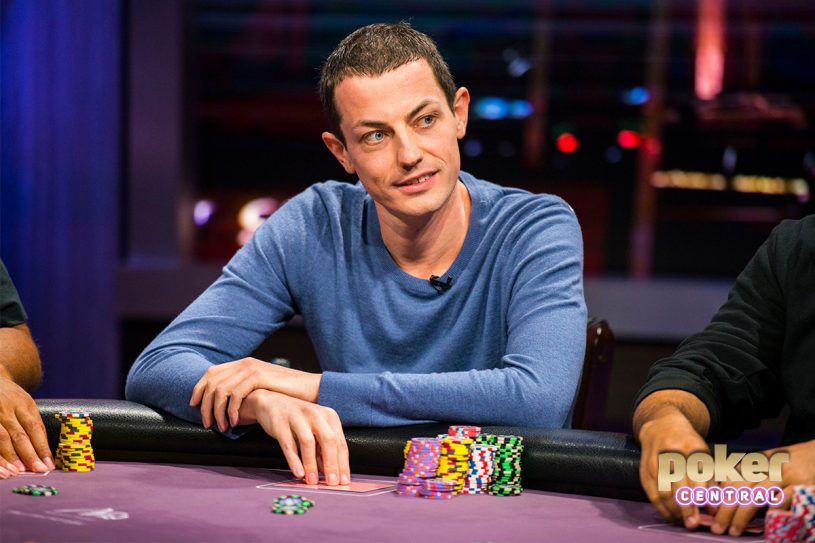 Tom Dwan during Poker After Dark on PokerGO.

The Triton Million, the world’s largest buy-in tournament with the biggest ever first prize in poker history is now officially underway! Jump straight into the action on PokerGO as you can watch this event for free until a winner is crowned on Saturday.

As one of the four players in the event that has played ever seven-figure buy-in in poker history, Rick Salomon is no stranger to the biggest stage in poker. Unfortunately for him, that didn’t pay off as he busted in the early goings of the event.

As reported by our friends at PokerNews, Salomon got tangled up with Andrew Pantling in the recreational player bracket as they took a four-bet pot to the flop. With 220,000 chips in the middle, the flop brought out queen-jack-eight with two spades and after a flurry of action, Salomon got 642,000 chips into the middle with ace-king of spades versus the top set of queens held by the Canadian.

The turn and river brought no help for Salomon whose elimination saw Pantling shoot up to the top of the chip counts.

After Salomon’s elimination, Dwan quickly jumped to Twitter to throw out a nice needle only for him to quickly follow him out the door an hour later.

Congrats to my buddy Rick Salomon, first person to bust the triton million 🤑

Dwan first lost a chunk to Vivek Rajkumar as he ended up folding queens on the river in a large pot where the former WPT champ had made a flush on the turn with seven-eight of diamonds. A few orbits later, Dwan got his remaining 382,000 chips all in on the flop after calling a three-bet to 52,000 with ace-jack of spades. The flop had given Dwan a flush draw but he did not manage to hit as Timofey Kuznetszov’s top pair top kicker held up.

Dwan, however, seemed to have taken it all in stride as the needles on Twitter are flying back and forth between him, Salomon, and Jean-Robert Bellande.

I think our vote was Paul to join us next pic.twitter.com/5Vok0P8PTw

Look who’s back from lunch @TomDwan and Rick Salomon 😂😂 pic.twitter.com/J0jKh3FGNj

Watch the action live on PokerGO for free right now as David Peters was the third player to hit the rail after busting out to Jason Koon, the current tournament chip leader.