You are here
Home > News > Today at the Open: POY Playing Into Contention? 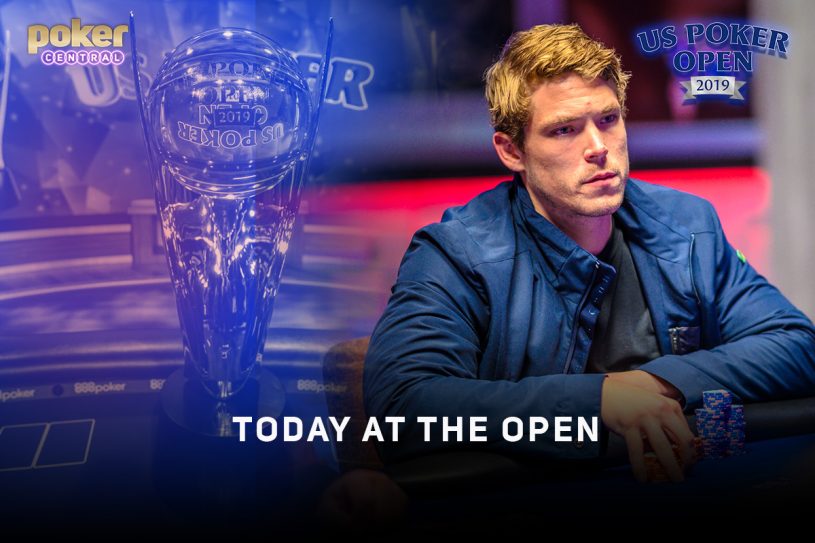 Alex Foxen is the reigning GPI Player of the Year. Can he play himself into USPO contention at the Event #9 final table? (Photo: Poker Central)

The 2019 U.S. Poker Open is officially underway. From February 13-23, the world’s best will compete across ten high stakes events for the USPO Championship. The USPO trophy, $100,000, and the first High Roller Triple Crown title of 2019 is up for grabs and each day, “Today at the Open” will recap the action and prepare fans for PokerGO‘s final table streams.

The reigning High Roller of the Year has failed to get much going during the U.S. Poker Open. The reigning GPI Player of the Year was quiet through the first half of the ten-event series, but now Alex Foxen has a chance to play himself into USPO Championship contention at Friday’s $50,000 No Limit Hold’em final table. A majority of the final table lineup have similar opportunities, as five of the six players have already opened their USPO accounts before Event #9.

Since, Foxen has continued to churn out high stakes results. A runner-up finish in a PokerStars Caribbean Adventure $50K High Roller earned Foxen just over $650,000 and his 2019 earnings are already over seven-figures thanks to a few other smaller results.

The rest of today’s $50,000 NLH final table don’t lack results either. Surrounding Foxen will be the most recent Poker Masters $100K Main Event winner, a former WSOP Main Event winner, the hottest player at the U.S. Poker Open, and more of the world’s best.

Will Alex Foxen play his way into USPO contention? Find out, today at the Open. Subscribe to PokerGO now to watch the 2019 USPO live. All ten final tables and early access streams are available exclusively on PokerGO. Follow along, get in the game, and visit PokerGO.com for information.