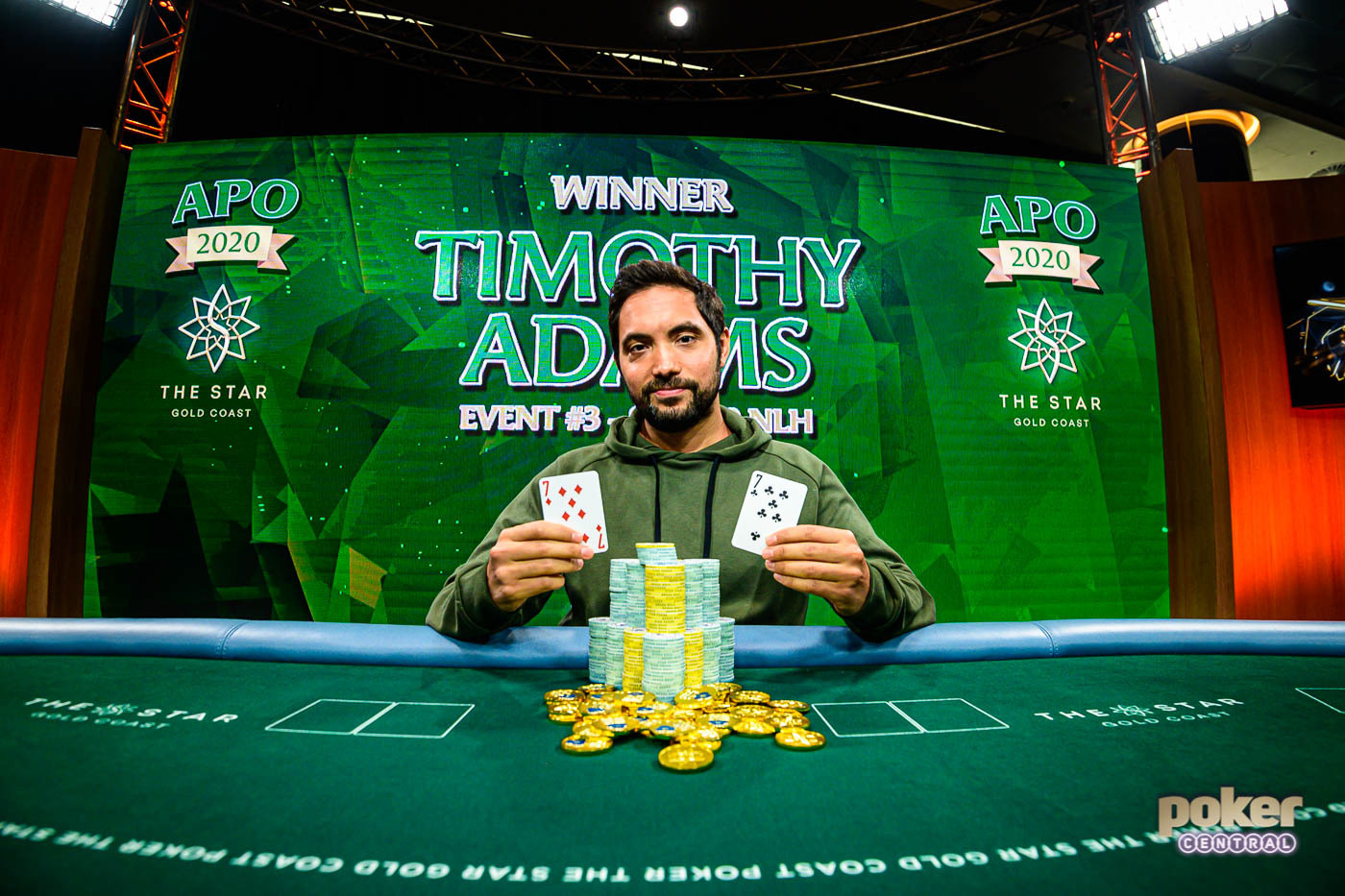 Timothy Adams notched up another win by taking down Australian Poker Open Event #3.

Looking at his career at the highest stakes, Adams is still thriving and passionate but despite his tremendous success, he thinks he might only have a few years left at this level.

“I’ve been playing for so long now, and I’m still very passionate about the game, but I can’t do this my whole life. This game takes a toll on you, the travel, the playing, the studying, it’s really a full-time job. I think I have a few good years left though, and maybe then I can relax a bit more.”

Adams now ranks third on the Australian Poker Open standings, and despite not playing the Pot Limit Omaha tournament today, he will be jumping into all other upcoming events to give himself a good chance at winning the $50,000 top prize.

“I was already planning on playing all the other events so nothing changes on that front. We’ll see if things go my way and I’m just going to try my best to win.”