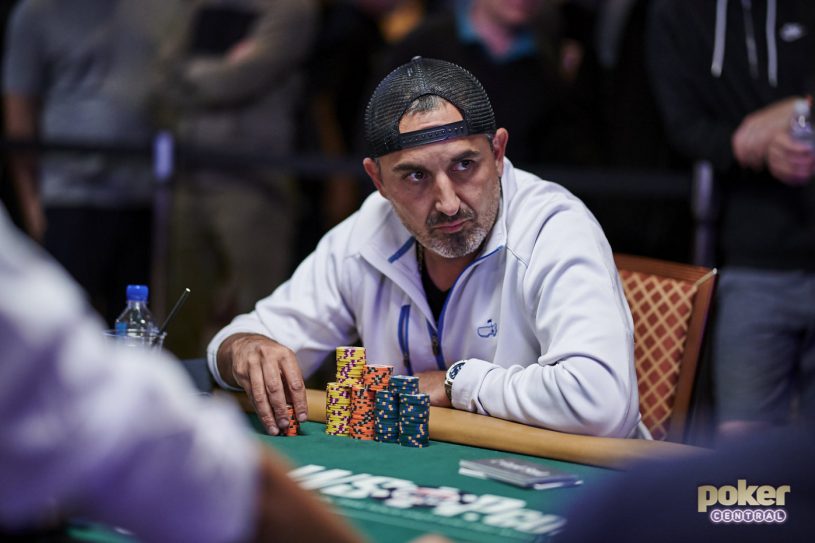 Josh Arieh comes into the final table of the $50k Poker Players Championship as the chip leader.

The final table is set for the $50,000 Poker Players Championship at the 2019 World Series of Poker and it’s Josh Arieh who holds the chip lead. Arieh has two bracelets to his name but is most known for his third-place finish in the 2004 WSOP Main Event for $2,500,000. Tomorrow, live on PokerGO at 3 pm ET, Arieh will look to book the biggest win of his long career.

“This is a blast, this is the most fun I’ve had in a poker tournament since my Main Event run in 2004,” Arieh said with a tremble in his voice. “I’ve got a lot going on in my life, and this means a lot. It’s good to be able to play and forget about everything else.”

Arieh was visibly choked up but when speaking about the task at hand he was filled with determination.

“I just I play one hand at a time and, take the best approach to each hand and no matter what my result will be, as long as I bring my best there’s nothing more I can do.”

At the unofficial final table, Arieh spoke up briefly about some players lamenting their luck despite being deep in this huge event. It ticked off the quick-witted Arieh a bit and responded on why he spoke up when players complained.

Arieh spoke highly of his amazing supporting cast of friends and family before heading off into the night for a well deserved night of sleep before his big day tomorrow.

“It’s going to be my job to stay focused, pick my spots, and make sure my concentration doesn’t waver,” Arieh concluded as he’s just five eliminations away from winning one of the most coveted trophies in poker.

The final table of the $50,000 Poker Players Championship will stream live on PokerGO at 6:00 pm ET on Friday, June 28. Tune in to find out who will win the million dollar first prize and David ‘Chip’ Reese Memorial Trophy.