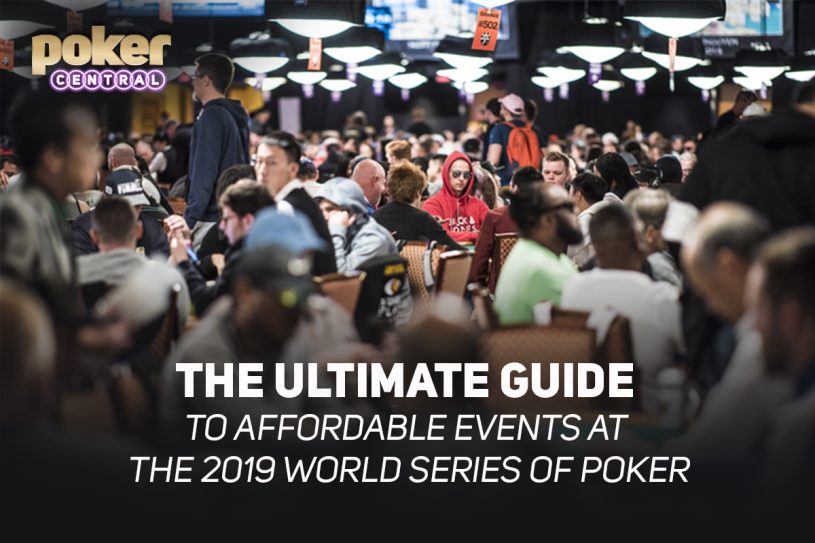 All you need to know about the 2019 World Series of Poker low stakes events!

The 50th anniversary of the World Series of Poker has some huge tournaments. But the WSOP is celebrating players with lower bankrolls too this year, with an unprecedented number of tournaments to enter that costs $1,111 or under. Why so precise? You’ll see in the full schedule of the low buy-in events below:

It’s not just the Little One for One Drop that offers great value and boasts a charitable cause at the root of its appeal. The ‘Salute to Warriors’ tournament proceeds will be donated to the USO and other Veteran Organizations, too. Elsewhere, there’s the return of perennial favorites such as the Ladies Event (strictly-speaking a $10k event but with a $9,000 discount for female entrants) and the Seniors Championship.

As well as the traditional low buy-in/big guarantee events that were on the schedule last year, the WSOP have pulled out all the stops in a number of ways. There are eight online events, each of which promises to be full to bursting given their timing between larger tournaments. There’s also a couple of added perks to tournaments, such as the Deepstack Championship, which costs just $600 to enter and has a $10,000 WSOP Main Event ticket added to the first prize.

Recent years have seen a lot of success for tournaments like Colossus ($400) and Crazy Eights  ($888), and the World Series of Poker has gone even further this year, with the ‘BIG 50’ taking the buy-in right down (Hello Phil Ivey!), as well as promising that your first entry is rake-free. With a $5 million guaranteed prize pool in that event and $1 million guaranteed to the winner, it’s sure to live up to its name.

We’ll be following every tournament with updates, articles, interviews, and podcasts throughout the greatest poker tournament festival in 2019. You can also follow the action live on PokerGO by subscribing right now for 24/7 access to the hottest poker content in the world.