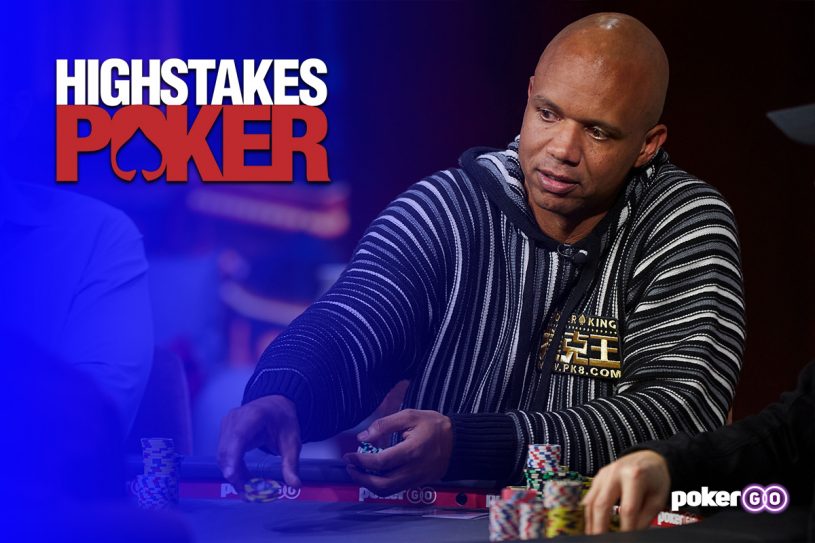 The most iconic poker TV show of all time is returning with a new season of High Stakes Poker debuting on Wednesday, December 16. After more than nine years of the show being off the air, one of the players making his return to High Stakes Poker is Phil Ivey.

Ivey is often grouped among the likes of Daniel Negreanu and Phil Hellmuth as the most popular players in the game. When it comes to accomplishments, Ivey has nearly done it all having amassed over $30.3 million in lifetime tournament winnings – which include 10 WSOP bracelets and a WPT title – but the majority of his highlights have come from the televised cash games he has played around the world.

Having won his 10th WSOP bracelet in 2014 to be tied with Doyle Brunson and Johnny Chan, everyone assumed he would now look to chase down Hellmuth who had won 13. Since that last WSOP bracelet win, Ivey hasn’t been a regular at the WSOP and consequently only added 12 WSOP cashes, while Hellmuth on the other hand has added 56 WSOP cashes and two WSOP bracelets to now sit with 15. Over the last few years, Ivey has increased his poker playing and was regularly seen playing the Triton Series tournaments and cash games around the world.

“Poker is poker man, and it’s just a different group of players,” Ivey said about the difference between High Stakes Poker and Triton Series. “You just approach the players differently, but poker is poker, and no matter whether it’s Triton or here, or wherever you’re playing. It’s just a poker game with six or seven other guys at the table.”

Although not registering as many appearances on High Stakes Poker as the likes of Negreanu, Brunson, or Antonio Esfandiari, Ivey will see his number increase once Season 8 of High Stakes Poker begins airing in December.

“I don’t feel like I have anything to prove,” Ivey said on his return to High Stakes Poker. “Excited? Nervous? Neither. I enjoy playing with these guys – some of them more than others – you know it’s nice to be back on High Stakes Poker, it’s been a long time. And I’m looking forward to the next season.”

And when prompted about that famous, “That cash just looks so sweet,” quote from Season 3 and whether or not cash motivates him to keep playing, Ivey responded, “No. I play because I enjoy playing now. I’m not motivated by money.”