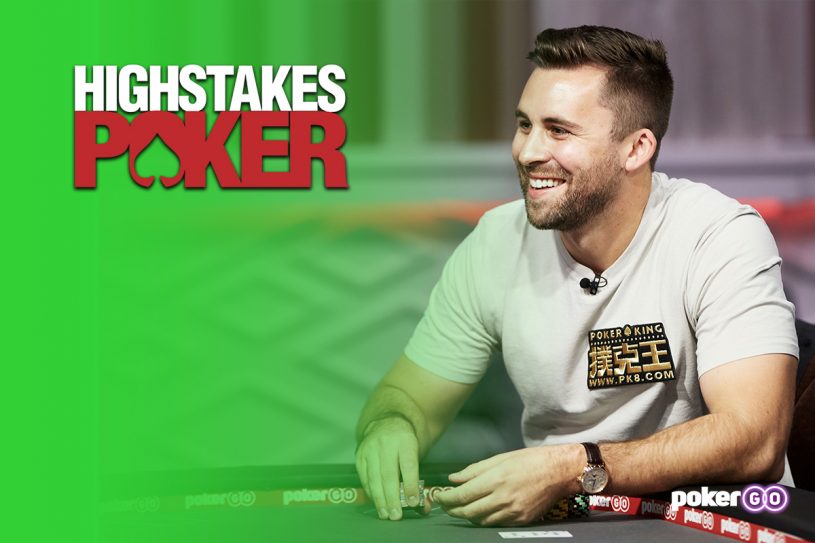 Season 8 of High Stakes Poker continued last night with Episode 11 featuring the final night of play from the current line-up. Next week sees an entirely new line-up to close out the season, and one player returning is John Andress, who made his High Stakes Poker debut during earlier episodes.

Andress is not only one of the players making his High Stakes Debut this season, but he is also one of the lesser-known players when compared to the other high stakes poker players that made their debuts this season that included Jason Koon, Nick Petrangelo, and Bryn Kenney. Andress has amassed an impressive poker resume that includes over $2.47 million in lifetime tournament earnings, with his biggest results being a win in the 2017 Hard Rock Poker Open $25k High Roller for $801,450, a win in the 2011 EPT Prague €10k No-Limit Hold’em Re-entry for €176,400, and a win in the 2019 ARIA $10k High Roller for $128,800.

Catch up on Season 8 of High Stakes Poker now as new episodes air every Wednesday at 8 p.m. ET!

Although Andress has collected cashes in seven countries dating back to 2010, he has shied away from the spotlight when it comes to televised poker. Andress did compete in the 2018 Super High Roller Bowl, but his appearance on High Stakes Poker will be his first major appearance on PokerGO.

“This is pretty exciting. I’ve played a few tournaments in here [PokerGO Studio], but this is a whole different atmosphere,” Andress said about making his High Stakes Poker debut. “The whole relaunch of the show and bringing back all these legends. It’s going to be a lot of fun.”

Andress has competed for hundreds and thousands of dollars in both tournaments and cash games like many others, but he still will be regarded as the unknown in many player’s eyes. In a similar fashion to former MLB pitcher Michael Schwimer, it could easily work as an advantage for Andress as his play hasn’t been dissected to the level that his counterparts have been.

“I don’t really think so,” Andress said on if he has an advantage being regarded as the unknown. “I’ve played a bit with Jason [Koon], so I think he’s probably the only player I have an extensive history with. I think it will be interesting, and it will make things a lot more raw. It will be a fun dynamic without having the history or the reads.”

Andress’s first showing on High Stakes Poker saw him compete against Tom Dwan, Jean-Robert Bellande, Rick Salomon, and Bryn Kenney, while this next set of episodes will feature Phil Hellmuth, Brandon Steven, Jake Daniels, James Bord, and Doug Polk. With Andress already going up against some of the best in the game, did he feel any pressure when facing them, or did he view it as an opportunity to prove something?

“This is pretty exciting,” Andress said when discussing the line-up of players. “I’ve kind of faded away from poker over the last few years to work on game security for Poker King. So, I’m still in the loop, and I understand what’s going on, but it’s going to be fun to challenge myself again against these guys.”