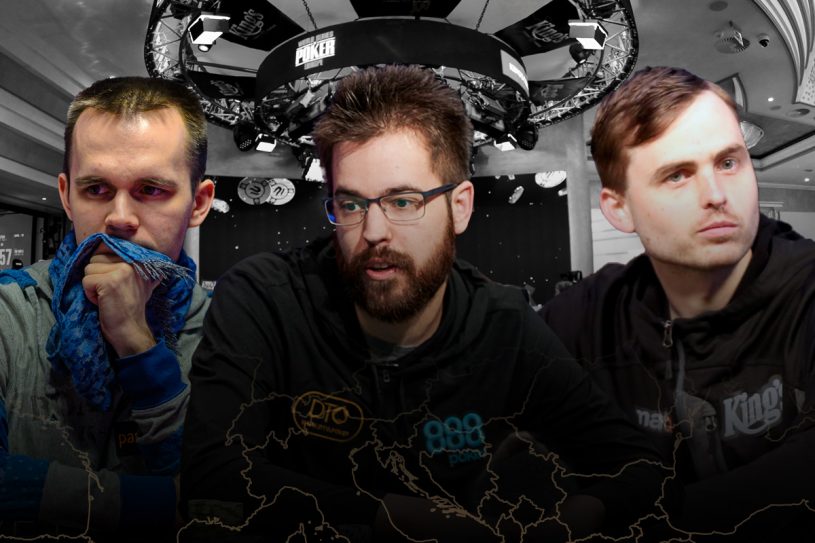 With the partypoker MILLIONS Europe festival taking place in the German-Czech border town of Rozvadov this week, there is a massive $9.5 million guaranteed across a plethora of events that will appeal with players with various sizes of bankroll. But if you’re somehow unable to make it to Rozvadov, we have all the coverage you need on PokerGO! Streaming live from Monday through Sunday, PokerGO offers all the biggest events with commentary provided by Jeff Platt and Jamie Kerstetter.

Want to learn more about what goes on behind the scenes at partypoker? Read this exclusive interview with Rob Yong on Poker Central.

WHAT’S ON OFFER THIS WEEK

From the side events with small buy-ins and big guarantees right up to the €5,000,000-guaranteed Main Event, which costs €10,300 to enter, as well as a €100,000 High Roller that’s taking place across the next two days, there’s something for Europe at the award-winning King’s Casino.

Poker players, however, care most about winning, and Rozvadov makes dreams come true. We take a look at some of the biggest winners in the Casino’s colorful history.

Over the course of its 16-year history, the poker room at King’s Casino (the biggest in Europe at almost 20,000 square feet) has seen plenty of winners.

Top tournament earner is a German player, while a runner-up is from the Czech Republic, in fitting with the ‘border town’ geographical location of the poker paradise. A total of 272 players having cashed for at least six-figures and 15 players have racked up at least a million dollars worth of results.

Dominik Nitsche has earned over $5.6 million in Rozvadov, marginally more than famous poker motormouth Martin Kabrhel. The American player David Peters has won almost $2 million of his huge tournament earnings in the venue, while Nikita Bodyakovskiy is another of the biggest winners. Here are the top ten most successful tournament winners at King’s Casino.

A RECORD NUMBER OF CASHES

While thousands of players have enjoyed some of their best memories in live poker underneath the gilded ceilings of the stunning King’s Casino cardroom, one man has enjoyed a stunning number of results.

With a massive 141 cashes at King’s Casino, Georgian poker player Zurab Ejibia must almost feel like the beating heart of Rozvadov is his second home. While Rozvadov is a place that most poker players travel in and out of a few times every year, Ejibia, who is a successful low-stakes player at the venue, has cashed 20 times since the World Series of Poker began, and all of them in King’s Casino.

All in all, over 22,000 players have cashed in tournaments at King’s Casino, with many more winning their biggest pot in cash games at the Rozvadov tables. With a thriving cash game scene – especially during partypoker festivals at King’s Casino – there will be just as much action that goes on into the small hours

IS VIKTOR BLOM THE TOP CALLER IN ROZVADOV?

Last year’s most dramatic hand took place right at the end of a tournament, as Viktor Blom called off with second pair and a weak kicker to win the partypoker MILLIONS Germany Main Event. Defeating Pavel Plesuv heads-up, Blom managed to hero call his way into poker immortality and further cement his reputation as an absolute boss in both live and online poker:

Who’ll make the call of the €100,000-entry High Roller? You can watch LIVE now on PokerGO by subscribing today.

From exclusive documentaries to archive footage of the World Series of Poker, along with live streams of tours such as MILLIONS Europe and the Super High Roller Bowl as it takes a trip the Baha Mar resort, you won’t miss a thing if you sign up today. The partypoker LIVE Millions Rozvadov events will be available in English, German, and Russian.