You are here
Home > News > Get Set for The Big Blind Quarter Finals on PokerGO! 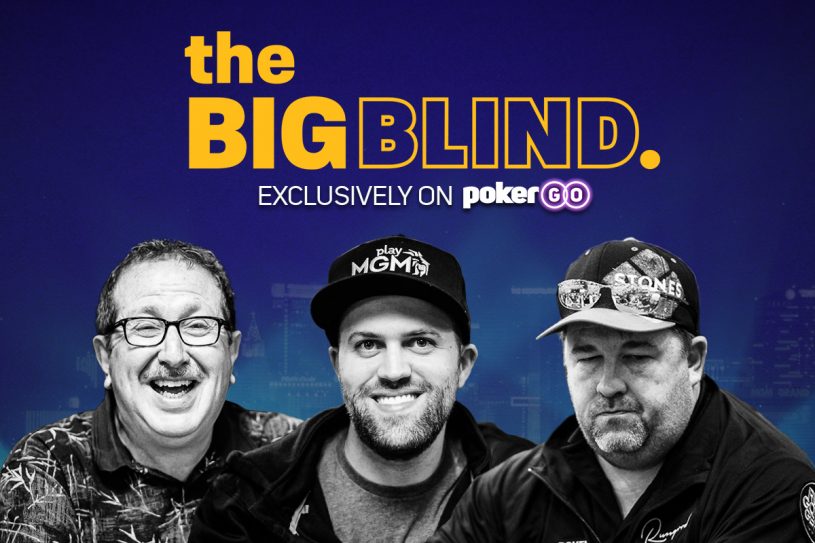 Poker trivia show “The Big Blind” on PokerGO is down to its quarterfinals and with four exciting three-way battles on tap it’s time for you to get caught up on the action! For those new to the show, The Big Blind pits some of your favorite poker personalities up against each other for a battle of poker, gambling, and Las Vegas trivia hosted by Jeff Platt.

The first round was contested by a total of 18 players and on every episode, one person would get eliminated. Don’t want any spoilers? Scroll no further and jump into the episode that speaks to you the most!

So, now that all the people who are looking to avoid spoilers have jumped over to PokerGO we can dive into the upcoming quarterfinals. Across four nights of action, The Big Blind will be brought down to just two matches of three, the semifinals on December 30th and January 3rd. Then, on January 6th, the grand final will be played out as the final three players will battle over the $30,000 prize pool.

The quarterfinals are as follows.

Watch Game 1 of the Quarterfinals on PokerGO today as Justin Young, Jamie Kerstetter, and Chris Moneymaker square off to for a spot in the Semifinals. Topics in Game 1 include Baccarat, Vegas Showtime, MGM Grand and Phil Ivey!

Don’t miss out on The Big Blind and an extensive library of live and on-demand on PokerGO so subscribe right now. You can also find Poker After Dark, Super High Roller Bowl, and World Series of Poker episode on PokerGO.