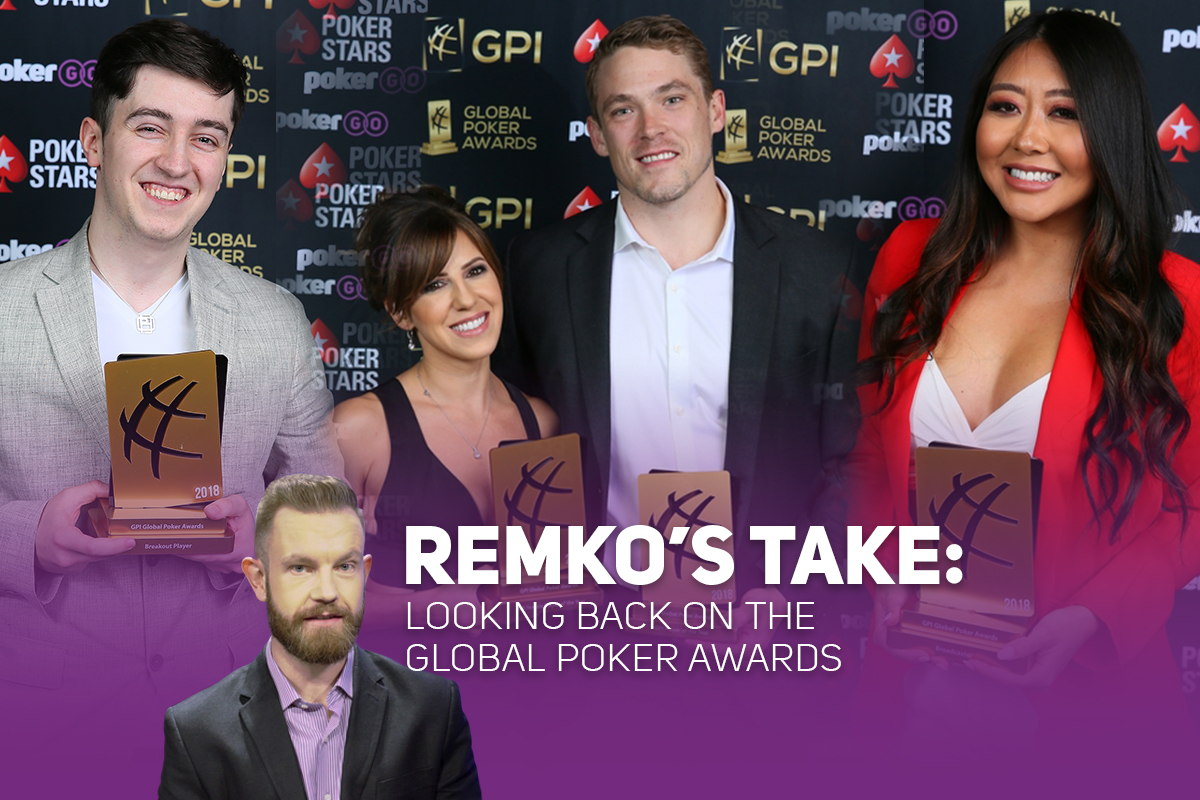 The Global Poker Awards took place on Friday night at the PokerGO Studio and fans, friends, and family were able to watch it all unfold live. Hosted by Ali Nejad and Drea Renee, the inaugural ceremony had players, media members, and industry personnel dressed in their Sunday best. Relive the

Tournament Director Paul Campbell made an announcement earlier today about a slight change to the structure of the day. Originally Day 1 was slated to play nine 60-minute levels, but due to the late start, it was decided that just eight levels would be played. However, Campbell doesn't want to alter the