Timothy Adams raised to 18,000 in middle position and Manig Loeser called in the big blind. The flop landed [Th2cJh] and Loeser checked. Adams bet 7,000 and Loeser called before the [2h] checked through on the turn. The river landed the [9s] and Loeser bet 6,000 and Adams called. Loeser tabled his [9c8d] 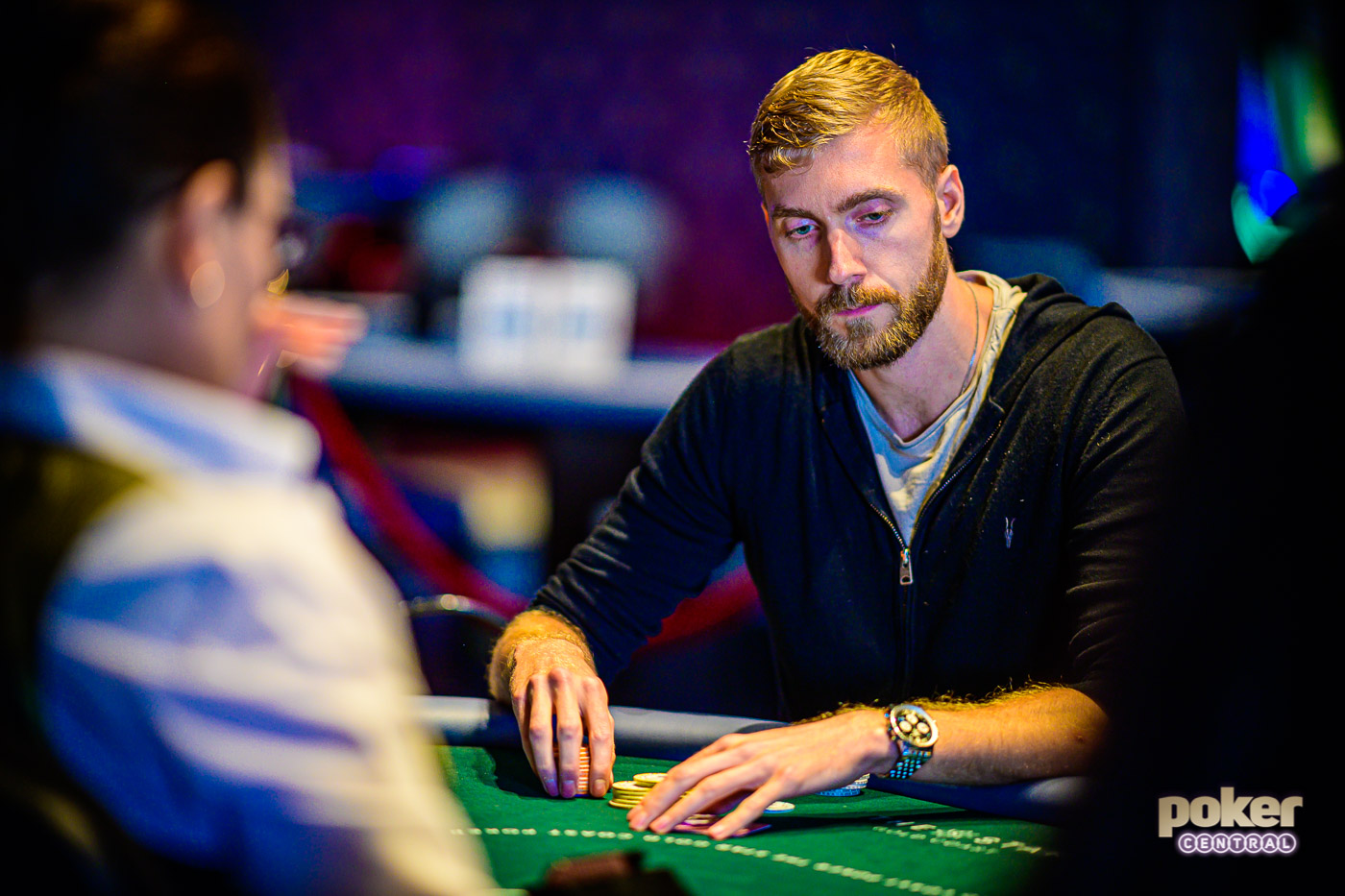 Mike Watson was all in from under the gun for a total of 218,000 against Manig Loeser in the small blind. Watson: [TsTd] Loeser: [AdQd] The board ran out [5s9c9s8h7h] and Watson doubled through.

Yang Wang committed his chips in preflop and was matched by Manig Loeser. Wang revealed [as][js] and had the lead against Loeser's [ax][9h]. The flop produced two hearts, then ran out an additional two hearts, to see Loeser take down the pot with a flush.

Farid Jattin raised to 9,000 in the hijack and Manig Loeser called in the cutoff. From the button, Michael O'Grady moved all in for 38,500. Jattin folded, and Loeser called. O'Grady: [Ad8d] Loeser: [9s9d] The board ran out [AcTdJsKcTh] and O'Grady doubled through. 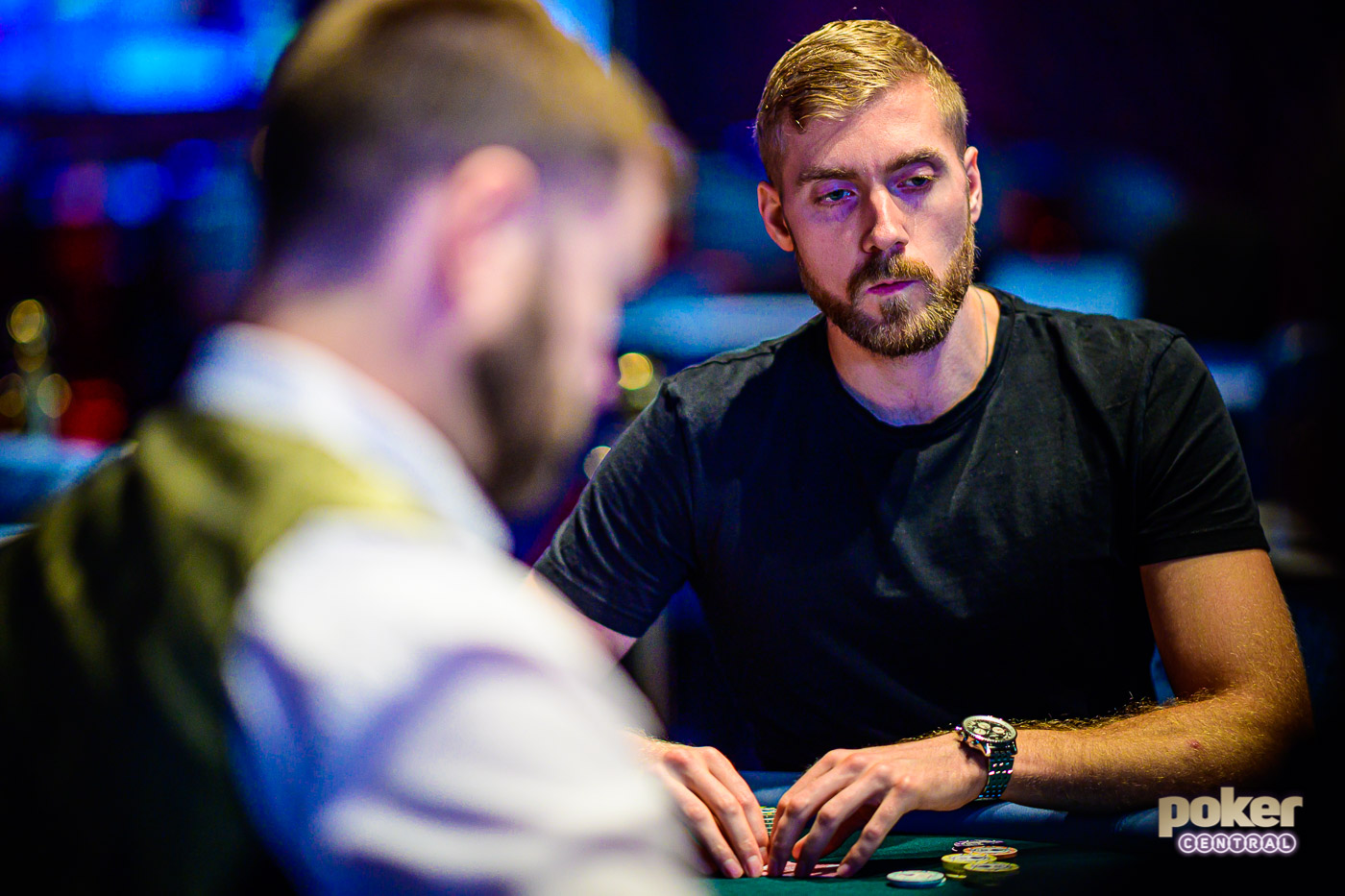 Manig Loeser found himself all in for 85,500 preflop and at risk against Yang Wang who had him covered. Loeser revealed [ac][kh] and was behind to Wang's [kd][kc]. The board ran out [qh][th][ad][8s][td], improving Loeser to a higher two pair, awarding him the double up. 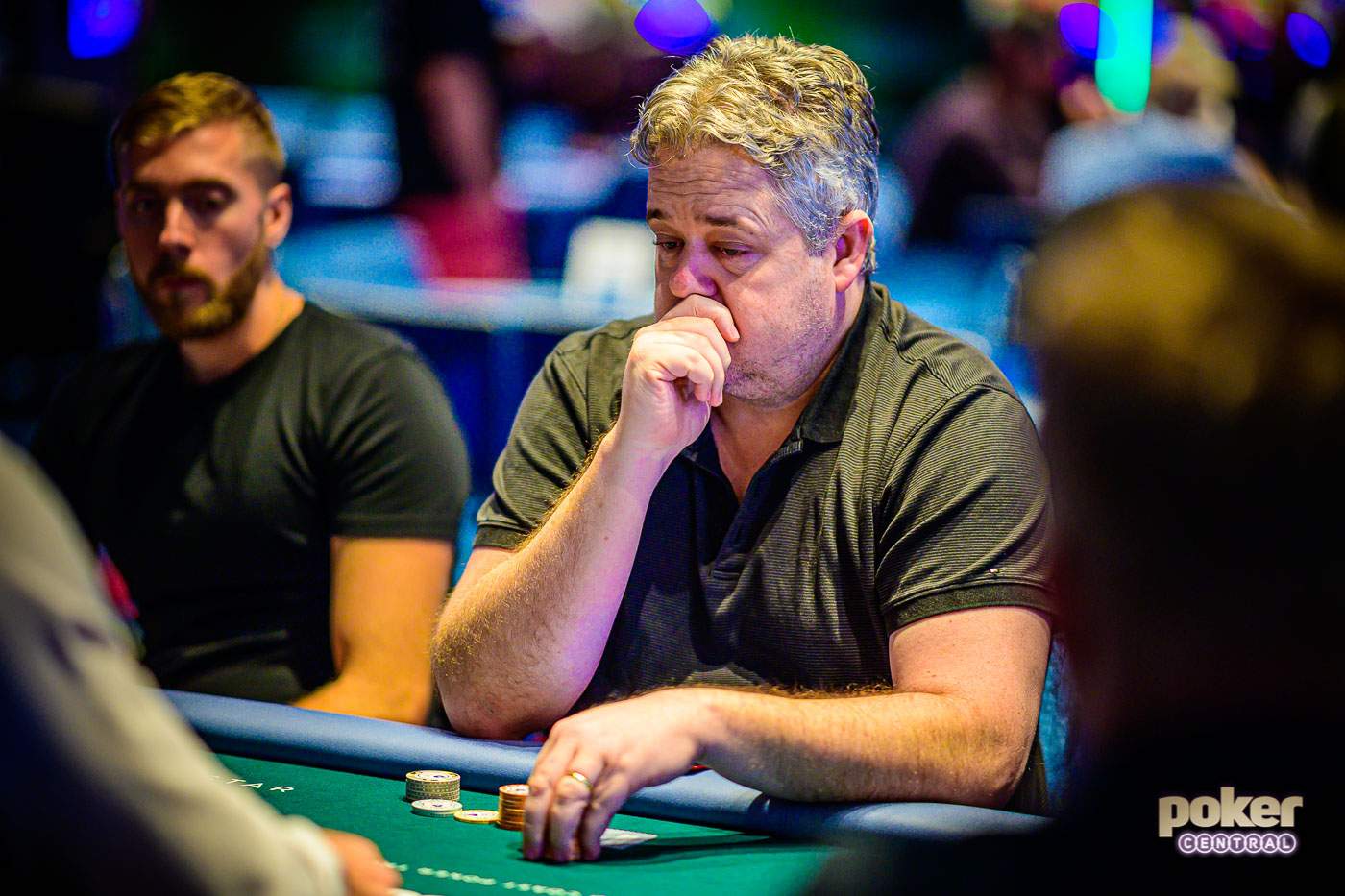 Michael O'Grady limped under the gun and Farid Jattin completed the small blind as Manig Loeser checked his option in the big blind. The flop landed [Jh3hJs] and after both blinds checked, O'Grady bet 5,000. Jattin called, but Loeser check-raised to 17,000 total. O'Grady called, and Jattin folded as the turn landed

Jorryt van Hoof raised to 6,000 from the hijack and Manig Loeser defended his big blind. The [4c7cJs7h4s] board checked down to the river where van Hoof bets 6,000. Loeser check-called, and after van Hoof tabled his [2d2s], Loeser revealed the winning [Qd3h].

Isaac Haxton raised to 130,000 from early position, Manig Loeser three-bet to 390,000 from the hijack, Farid Jattin four-bet shoved for about 1,800,000 from the cutoff and both Haxton and Loeser folded.