Day 2 of the partypoker LIVE $10,300 MILLIONS UK Main Event came to a dramatic conclusion today with the bursting of the bubble, locking up a seat in Day 3 for the sixty players who’d battled successfully through seventeen hour-long levels at Dusk Till Dawn. Together with the sixteen online

Seated under the gun, Andrew Graham limped in. That invited Georgy Philippovich on the button to limp as well. Anthony Kennedy in the small blind completed and Joep Raemaekers checked his big blind. The blinds and Graham checked a flop of [As6sJh] and Philippovich bet 400,000. Kennedy and Raemaekers folded, Graham

A crucial pot for Carlos Chadha just now. Heads up with early chip leader Andrew Graham (who'd called his prelflop three-bet to 750,000 in position), Chadha led 450,000 on a [kh5d8d] flop.  Graham decided to exert maximum pressure on his opponent, who had less than 2,000,000 behind, and moved forward 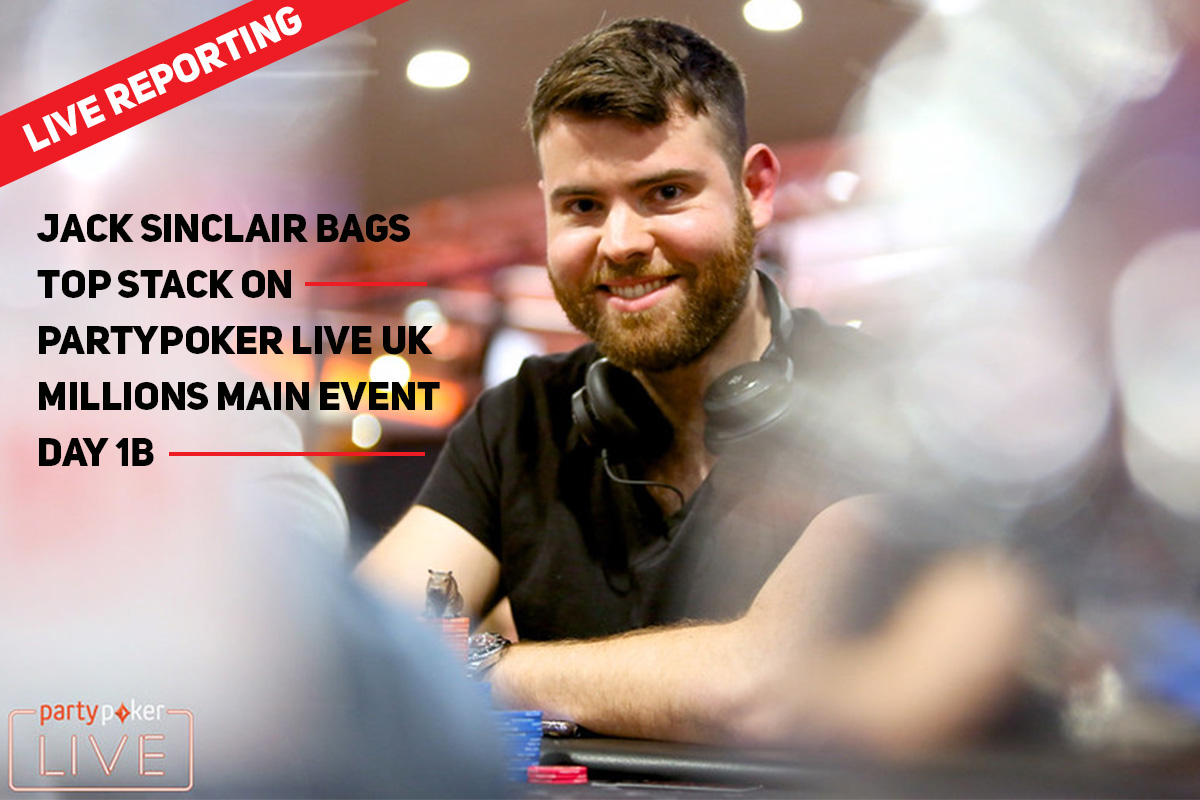 Day 1b of the partypoker MILLIONS UK Main Event started small but ended with a bang as former WSOP Main Event finalist Jack Sinclair bagged a big chip lead and the field saw stars such as Chris Moorman, Alex Foxen, Kahle Burns, and Ludovic Geilich clash on the felt. Get

Chip leader Andrew Graham is maintaining (if not really increasing) his c. 4 million chip stack during Level 6, most recently playing a pot against Nicola Angelini.  On a [td3c3d] flop, Graham check-raised Angelini (from 60,000 to 120,000) and Angelini made the call. The turn made the three a triplet: [3s].

Runaway chip leader halfway through Day 1b is Andrew Graham, with two towering stacks of 100,000 value chips that just got even taller.  A threeway flop of [9s8h3c] saw small blind Andrea Fossati check, Matas Cimbolas do so too and last to act Graham bet 40,000.  Call from Fossati.  Back